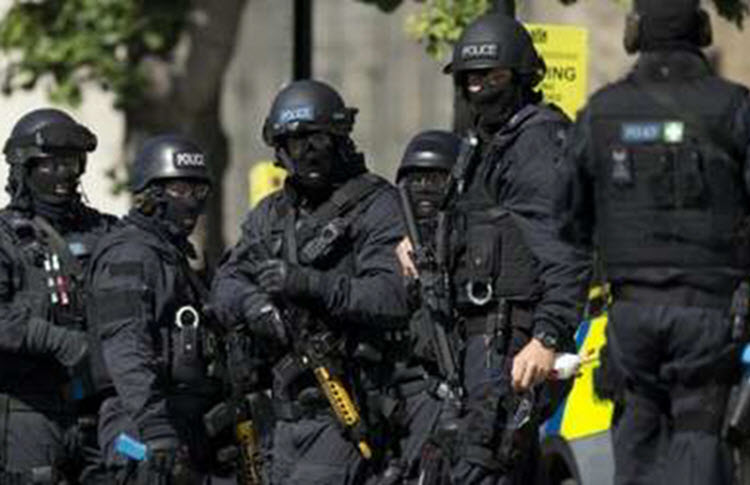 The terrorists, who have links to Iran-backed Lebanese militant group Hezbollah, which was recently labeled a terrorist group in its entirety by the UK, were supposedly caught storing thousands of ice packs filled with ammonium nitrate at a secret bomb factory on the outskirts of the British capital. Ammonium nitrate is a common ingredient in homemade bombs.

MI5 and the Metropolitan Police officers uncovered the would-be bombs in autumn 2015, according to The Daily Telegraph, and found that they contained three metric tonnes of ammonium nitrate. This is more than the amount used in the 1995 Oklahoma City bombing, which killed at least 168 people, injured nearly 700 more, and destroyed hundreds of buildings, so one can only imagine the damage it would wreak here.

One source said the number of explosive materials stored there could do “a lot of damage”. Another described the plot as “properly organized terrorism”.

The British security services raided four buildings in North West London and arrested a man in his forties on suspicion of plotting terrorism, but he was later released without charge.

Reportedly, the covert operation was launched after a tip-off from a foreign government, with MI5 spending months trying to disrupt the plot and gain evidence about the plans of Iran-backed Hezbollah. They found that there was no evidence that the UK was being targeted in these bomb plots though.

A UK intelligence source said: “MI5 worked independently and closely with international partners to disrupt the threat of malign intent from Iran and its proxies in the UK.”

This news comes during a time of increased tensions between Iran and the West.

Earlier this year, UK Home Secretary Sajid Javid ruled that all UK supporters of the Iran-backed Hezbollah group will face up to 10 years in prison. The reason that Hezbollah appears on the official register of banned groups is that the Iran-backed group is “committed to armed resistance to the state of Israel, and aims to seize all Palestinian territories and Jerusalem from Israel”.

Hezbollah, which came into being in the early 1980s thanks to financial backing from Iran, has its external security organization banned in the UK in 2001, its military wing in 2008, and its political wing in 2019.

For those rightly angered by Iran-backed groups plotting attacks in London, there is an anti-regime demonstration being held by the Iranian Resistance on July 27. The bigger it is, the more obvious it will be to Iran that the UK rejects its vile agenda.

Iran Focus: An Iranian man was hanged today near...