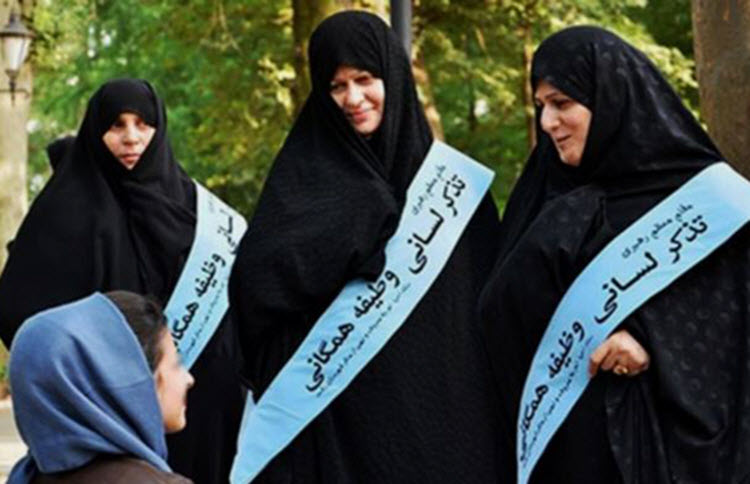 A 2,000 strong Basij group has been launched in the northern Iranian province of Gilan to counter what Iran calls “improper hijab”, according to an Iranian Revolutionary Guards Corps (IRGC) commander.

Mohammad Abdollahpour, the commander of the Gilan Quds Force, said on June 4 that this marked a new “chapter of promoting virtue and prohibiting vice” in the province. He continued to say that the Basij would give verbal notices and take action against “improper” actions but failed to elaborate on what these were.

He said: “The issue of ‘chastity and hijab’ (attire rules) are no ordinary matters. In fact, they are considered political and security dossiers for the country… The enemy is focusing on encouraging our people into a Western lifestyle.”

According to the IRGC commander in Gilan Province, there have been over 28,000 cases of “bad hijab” or mal-veiling warnings issued across the province, so the IRGC Basij have dispatched “around 22,000 people in Gilan’s neighbourhoods” in their weekly patrols.

This new wave of civil liberties crackdowns seems to be linked to the “Razavion” patrols that Iran’s Police Chief announced in early May, which are purely linked to the ongoing protests by the Iranian people.

Hossein Ashtari told IRNA News Agency on May 8: “An agreement has been reached between the police and the Basij Organization in the context of further engagement and cooperation on the launch of the Razavion Patrol.”

“Improper hijab”, which is a woman not wearing the mandatory veil or even having it adjusted to show part of her hair, is considered a security threat by the mullahs and has been since they took power 40 years ago. The names of the so-called morality police have changed since 1979, from the “Sarallah Patrols” during the 1980s to the “Guidance Patrols” that were launched in 2005 to the “Ansare Hezbollah” launched by the IRGC in 2013, but their purpose has remained the same: the suppression of women.

Senior officials always mention the importance of the veil in their speeches and it is the most obvious way for the Mullahs to suppress women. Recently, the Gilan IRGC commander said that if the government neglected “to promote virtue and prohibiting vice” it would be equal to the “collapse of the revolution”.

Clearly, the mullahs are afraid of a popular people’s revolution, which is why they crack down on any freedom of expression whatsoever.

Daily Telegraph: Iran has been providing weapons and other...