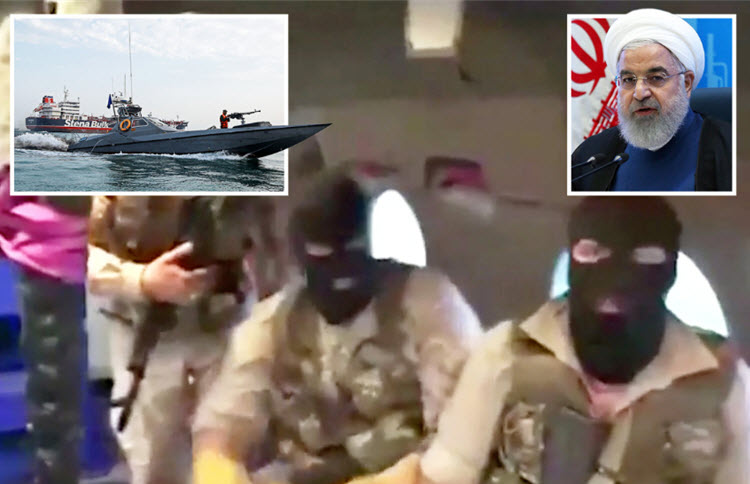 The UK could face attacks from Iran-backed terror cells if tensions continue to rise between the two countries, according to British intelligence sources.

Iran is considered by MI5 and MI6 experts to be the third great threat to British security from a state actor and fears have only intensified since the British flagged Stena Impero oil tanker was seized in the Persian Gulf on Friday.

Many of these sleeper cells are linked to Iran-backed Hezbollah, who were linked to a group in 2015 that stockpiled tonnes of explosives in London and planned to cause “a lot of damage” with “proper organised terrorism”, but was stopped by counter-terrorism police.

An intelligence source said: “Iran uses proxies and they have control of a network of individuals linked to Hezbollah. Iran has Hezbollah operatives in a position to carry out a terrorist attack in the event of a conflict. That is the nature of the domestic threat Iran poses to the UK.”

Iran has also been blamed for two separate cyberattacks in the UK: one on the British Parliament in 2017 and one targeting the Post Office, local government and private sector emails at the end of 2018.

The Department of Transport said the Steno Impero was in Omani waters when it was seized by Revolutionary Guard forces and rerouted to an Iranian port, in what is thought to be a response to Britain’s seizure of a tanker thought to be carrying Iranian oil to Syria in violation of EU sanctions two weeks ago.

The British Government describe Iran’s actions as “illegal” and have written to the UN Security Council about it.

Their letter read: “Current tensions are extremely concerning, and our priority is to de-escalate. We do not seek confrontation with Iran. But it is unacceptable and highly escalatory to threaten shipping going about its legitimate business through internationally recognised transit corridors.”

British Prime Minister Theresa May chaired an emergency COBRA meeting this morning in response to the crisis, where she will receive updates from ministers and officials and discuss the security of shipping in the region.

Foreign Secretary Jeremy Hunt will update MPs on the situation in the afternoon and potentially announce that the UK will freeze Iranian assets.

Britain already has an Astute-class nuclear-powered submarine and a Type 45 air-defence destroyer heading to the region.

Saudi Foreign Affairs Minister Adel Aljubeir tweeted: “Iran must realise that its acts of intercepting ships, including most recently the British ship, are completely unacceptable. The world community must take actions to deter such behaviour.”

US Secretary of State Mike Pompeo said there are “no indications” that Iran will change its “malign behaviour” and that this is necessary before the US hold talks with the mullahs.

He said: “We have seen no indications that the Iranians are prepared to fundamentally change the direction of their nation, to do the things we’ve asked them to do with their nuclear program, their missile program, their malign behaviour around the world.”

While Donald Trump said Iran is “nothing but trouble” and “is showing [its] colours” by seizing the tanker.