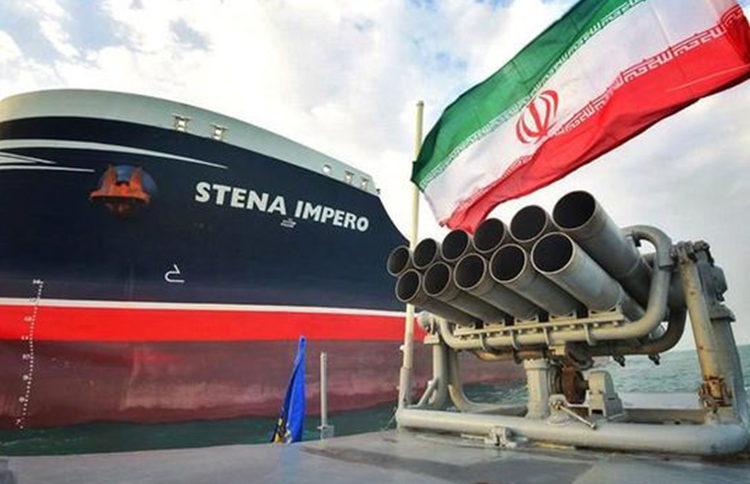 The owner of the British-flagged vessel that was seized by Iran has described Iran’s actions and continued detention as “unacceptable and unjustifiable”.

On Friday 19th July, the Iranian Islamic Revolutionary Guard Corps (IRGC) seized Stena Impero, claiming initially that the British-flagged vessel had collided with a fishing boat. The IRGC took control of the boat and the 23 crew members that were on board and it remains in the Iranian port of Bandar Abbas.

Iran taunted the British government shortly after the seizure by releasing images and photos of the operation.

Erik Hanell, the chief executive of Stena Bulk, the owning company, said that they have had very little communication with the crew that have still not been released. Mr. Hanell said that the crew members appear to be in good health but said that they are still very worried about their welfare, especially considering that that have been in confinement since 19th July.

Mr. Hanell said that a Finnish consulate was able to visit the vessel on Saturday 3rd August on behalf of the Latvian authorities. He said he is confident that the crew are in good health, but also said that the circumstances they are enduring are very difficult.

Stena Bulk has submitted a request to visit Stena Impero, but the company has still not had an official response from the Iranian authorities.

The British government condemned the situation with the then Foreign Secretary Jeremy Hunt describing Iran’s actions as “state piracy”. Mr. Hunt vowed to take measures to ensure that ships would be able to pass through the strategic Strait of Hormuz in safety, but he declined to join in on the US-led mission.

However, when his successor, Dominic Raab took office, he decided that it would be in the interests of the United Kingdom to participate in the efforts being taken by the United States. The announcement was made on Monday 5th August.

Yesterday, the U.S. Energy Secretary Rick Perry and the Saudi Arabia Energy Minister Khalid Al-Falih met in Washington where they discussed the ongoing Iran threat to maritime safety in the Arabian Gulf. Al-Falish tweeted about the meeting, confirming that both countries are concerned about the threat and said that they are determined “to work together to ensure the security of global energy supplies”.

Iranian President Hassan Rouhani warned that shipping in the Strait of Hormuz might be risky. He also warned that “war with Iran is the mother of all wars”.

Nautilus International, the seafarers’ union, announced last week that it has agreed with the United Kingdom’s Chamber of Commerce trade association and the National Union of Rail, Maritime and Transport Workers (RMT) that the Strait of Hormuz should be designated as a high risk area. This means that crew members will be able to, in all legality and without fear of losing their job, refuse to work onboard a British-flagged vessel that will be passing through the strategic waterway in which a fifth of the world’s oil passes through.