US and Saudi Arabia Discuss Maritime Security and Iran Belligerence 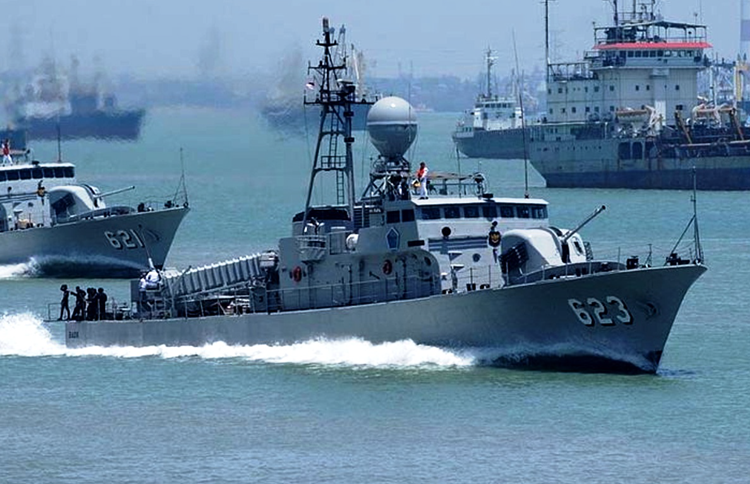 It has been reported by the Trump administration that US Secretary of State Mike Pompeo spoke to Saudi Arabia’s Crown Prince Mohammed bin Salman with regards to the Iran situation, in particular the threat to maritime security in the Gulf.

They spoke on Wednesday and during their phone call they agreed that there is a need for “stronger maritime security” when it comes to the freedom of navigation amid the heightened tensions between Iran and the West.

The United States has accused Iran of carrying out a number of attacks on vessels in the Gulf.

In the past few weeks, Iran has seized three tanker vessels in the Gulf waters where a large portion of the world’s trade passes through, in particular a fifth of the world’s seaborne oil.

The United States has been very concerned about Iran’s actions and it has been making efforts to gather support for an international coalition to protect maritime traffic in the Gulf and in the strategic Strait of Hormuz. However, its efforts have been marked by significant reluctance with a number of governments fearing that they will become involved in conflict with Iran.

After the notorious Islamic Revolutionary Guard Corps (IRGC) seized the British-flagged Stena Impero vessel along with its entire crew, the British government announced that it was going to participate in a European-led effort to guarantee shipping in the Gulf.

However, the European efforts did not mount to very much and the new British Foreign Secretary Dominic Raab announced that Britain would indeed be participating in the American efforts.

Morgan Ortagus, a spokesperson for the US State Department said that the US Secretary of State and the Saudi Crown Prince also discussed other pressing issues including Iran’s continued belligerence in the region. Ortagus said that the two officials spoke about ways to counter the “Iranian regime’s destabilizing activities”.

The Trump administration, from the very start, has been set on countering Iran’s malign influence. President Donald Trump announced last year that the United States would be exiting the Joint Comprehensive Plan of Action (JCPOA), or 2015 Iran nuclear deal as it is less formally known, and that crippling economic sanctions would be re-imposed.

Since then, there have been a series of additional sanctions and terrorist designations. The Trump administration has been targeting key Iranian figures and entities such as the IRGC and Foreign Minister Javad Zarif.

The people of Iran have been caught in the middle of the tension but they have been very welcoming of the pressure being exerted by the United States, according to Iran experts. They know that the regime is very close to collapse, and for their part, they have been exerting an immense amount of domestic pressure.

Some analysts argue that the people know that their only chance of freedom, democracy, peace and human rights is via regime change and they are doing what they can to make this happen as soon as possible. They are risking arrest, prison, torture and even execution to make the regime, and the international community, hear their voice that has long been ignored.

BBC News: As the international debate over Iran's nuclear...

The Bankruptcy of Iran’s Factories

By Pooya Stone Iran’s government media has been reporting...