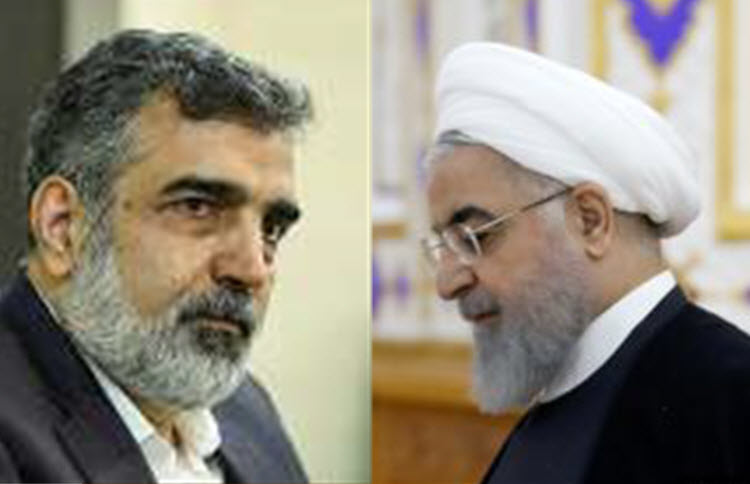 Iran’s enriched uranium stockpile reached 370 kilograms on Tuesday, according to a statement by Behrouz Kamalvandi, spokesperson of the Atomic Energy Organization of Iran (AEOI).

Speaking on the sidelines of a ceremony to mark the construction of a research centre on separation and development of the applications of stable isotopes at Fordow nuclear facility in Qom, Kamalvandi said: “We are producing [enriched uranium] with a good capacity and our stockpile is 60 to 70 kilograms above the 300 kg [JCPOA limit] and this amount is growing fast.”

The JCPOA, which stands for the Joint Comprehensive Plan of Action 2015 and is more commonly referred to as the Iran nuclear agreement, limits Iran’s stockpile of enriched uranium to 300 kg.

Kamalvandi then went on to echo comments by Iranian President Hassan Rouhani.

He said: “Iran is not obliged to restrict its stockpile of heavy water to 130 tons… Although our heavy water exports are not big figures, we have diverse markets which include European and non-European countries. Iran should not lose any of these markets.”

However, he did not name the countries interested in buying heavy water from Iran.

At the same event, Ali Akbar Salehi, the head of the AEOI, announced that Fordow is one of the most active nuclear sites in Iran, with 1044 centrifuges enriching uranium, and they Iran is collaborating with Russia.

He said: “Fordow nuclear site is one of the most active nuclear sites in Iran and its cooperation with different states, such as Russia is underway within the JCPOA, providing infrastructural scientific and technical needs of the nuclear industry and other industries.”

The state-run Iran Students News Agency (ISNA) reported that this new research centre will focus on methods to produce stable isotopes, including through distillation and heat exchange.

Iran has consistently threatened the European signatories to the JCPOA (France, Germany, and the UK) that unless it takes serious action to help Iran evade US sanctions, imposed last year after Donald Trump pulled the US out of the nuclear deal, that Iran would produce more uranium at higher levels of enrichment and return Arak heavy water plant to the state it had been it before the nuclear deal. This would not be hard because Iran was later found to have violated the nuclear deal by not disabling the Arak plant as required.

Still Europe has said they will not concede to Iran’s deadline and the US called Iran’s threats “nuclear extortion”.

After the Security Council vote

New York Times - Editorial: There has been a...