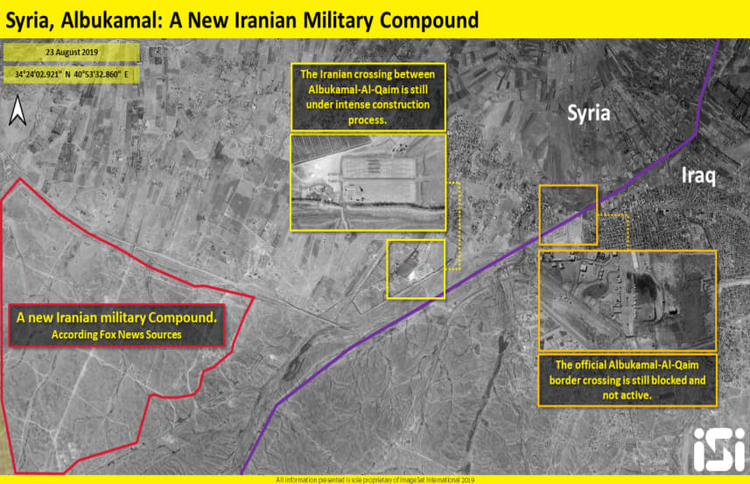 On September 3, Fox News reported about an Iranian Al-Quds Forces camp in Syria: “Iran has established a new military base in Syria and has plans to house thousands of troops at the location, according to multiple Western intelligence sources.”

The Quds Force is a branch of the Iranian Revolutionary Guard Corps (IRGC), led by Qassem Soleimani, which is responsible for the meddling’s in the region.

Fox News reported: “The classified Iranian project, called the Imam Ali compound, was approved by top leadership in Tehran and is being completed by the Iranian al-Quds Forces. Using a civilian satellite company, Fox News verified the information and obtained images that show a base being constructed on the Syria-Iraq border.”

“Analysts at Image Sat International (ISI) who reviewed the images say that precision-guided missiles could be housed at five different newly constructed buildings that are surrounded by large dirt mounds. The images also show, in the northwest part of the base, 10 additional storehouses with less external protection, as well as new buildings and missile storage structures.”
According to ISI analysts, that construction could be completed over the next few months and the base would be operational shortly after.

Bahraini given 10-year jail term for spying for Iran

AFP: A Bahraini accused of spying for Iran's elite...