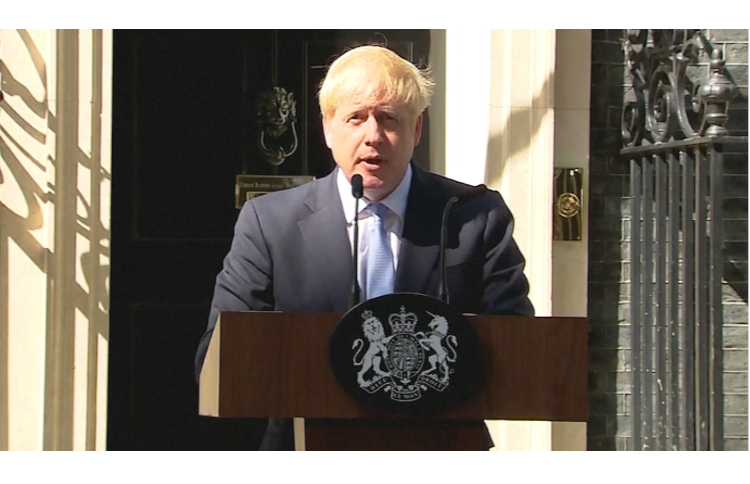 U.K. Prime Minister Boris Johnson says that Iran is responsible for an attack against the facilities of Saudi oil giant Aramco.

NEW YORK – The Associated Press reported on 23 September 2019: “Britain has concluded that Iran was responsible for attacks on oil facilities in Saudi Arabia.” AP added that U.K. Prime Minister Boris Johnson said on Sunday that his country would consider taking part in a U.S.-led military effort to bolster the Gulf kingdom’s defenses. This comes while Iran’s president announced plans for a rival Iranian-led security coalition.

On 23 September, The Guardian reported also that the British Prime Minister Boris Johnson spoke to reporters on his plane en route to the UN General Assembly (UNGA) in New York:

“The UK now believes Iran was responsible for a major attack earlier this month on Saudi Arabian oil facilities, Boris Johnson has said, also raising the possibility that the British military could become involved in helping secure the Saudis against future aggression.”

The announcement by Boris Johnson is a change in the country’s stance on the Aramco attacks.
The 14 September attacks by the Iranian government on Saudi oil facilities have raised tensions in the region. On the one hand, Iran is trying to take advantage of these conditions to ease pressure from sanctions, while on the other, it tries to portray itself as strong to give hope to government loyalists.

Referring to Ali Khamenei, the Supreme Leader of Iran, he said: “[Khamenei] has declared that resistance in the region has one imam [leader] and that he is the supreme leader of the Islamic Revolution of Iran … Today, Iran’s issue is no longer one country and isn’t limited to geographical borders. ”

On the eve of the UN’s annual summit in New York, U.S. Treasury Secretary Steve Mnuchin said in a NBC television interview on 22 September: “I think this is an example of it’s absolutely working because what we have done is we have cut off the Iranian regime’s money and they are now desperate.

So all these actions are because their economy is suffering. They are running out of money and these are all signs of desperation, so our maximum pressure campaign is about weakening around so that they can’t spend money on terror. So, I think this is absolutely a sign of desperation that the campaign is working.”