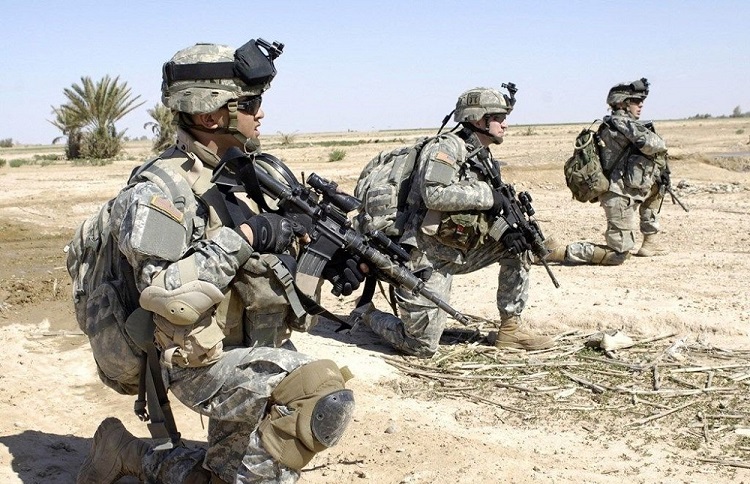 SAS counter-terror specialists have flown to Bahrain for a top-secret operation to increase the security of British assets due to fears of an Iranian proxy attack.

The order came after intelligence reports stated that Iran-linked actors have placed the Royal Navy’s command base and the UK’s embassy in Bahrain on its list of targets. The SAS team, which arrived in the capital Manama last week, will work with Bahrain’s Special Security Force Command and their elite counter-terror forces to defend the Royal Naval base, HMS Jufair, where 300 naval personnel and a Marine Commando unit are stationed.

This follows an increase in US forces in the region, after the attack on Saudi Arabia that limited its oil production, with a few thousand extra US troops carrying out a “defensive role” at both Saudi Arabia and the UAE’s request.

The USS Nitze will be stationed off the coast of Saudi Arabia to plug a gap in that country’s air defenses, after almost 30 drones and cruise missiles hit the Abqaiq oil facility and the Khurais oil field. The Iranian-backed Houthis in Yemen claimed responsibility, but US intelligence and the direction the attack came from points to Tehran as the perpetrator.

US Secretary of Defense Mark Esper said this was a “dramatic escalation of Iranian aggression”, while Secretary of State Mike Pompeo called it “an act of war”.

Over the weekend, Donald Trump, during a visit to the White House by Australian Prime Minister Scott Morrison, bragged about how easy it would be to knock out 15 major targets in Iran, telling reporters it was ready to go.

He said: “We all hope, and Scott hopes, we all pray that we never have to use nuclear. The thing that does show strength would be showing a little bit of restraint.”

General Qasem Soleimani, the commander of the Revolutionary Guard Corps’ Quds Forces, said that Iran would make its “main battlefield” out of any country that attacked Iran.

Since the attack on Saudi Arabia, the US has increased its maximum pressure campaign by levying more sanctions on Iran. In fact, Trump announced during the meeting that the US just sanctioned “the Iranian national bank”, with Treasury Secretary Steven Mnuchin saying, “We have now cut off all funds to Iran”.

Bloomberg: U.S. lawmakers are beginning a new push to...