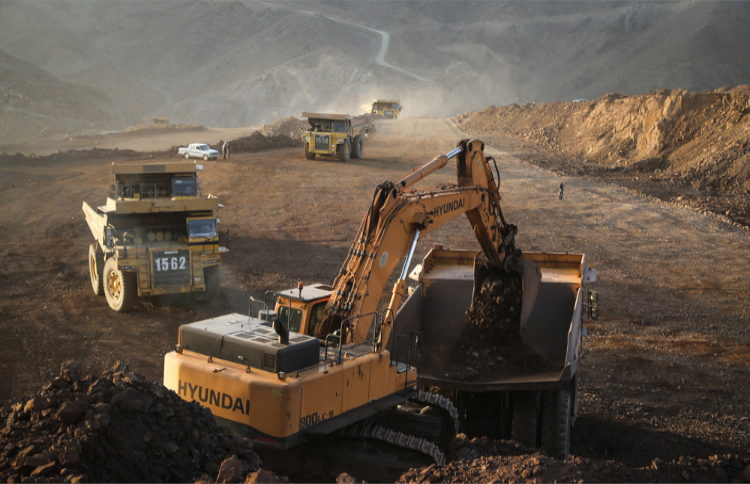 The report, cited by oil tanker tracking firm Refinitiv Eikon, said less than 319,920 thousand tons of iron ore were shipped from Iran to China in August, down about 37.8 percent than a year earlier. Iran’s iron ore exports to China in September (the first 19 days) were just 129,534 thousand tons.

The US sanction on Iran had a strong impact on the trade between Iran and China.

Following US sanctions to put more pressure on the Iran, the US Treasury Department sanctioned the Central Bank, the National Development Fund and the Pars Trust Company on Friday.

In a press release, the US Treasury Department said the Central Bank of the Iran is providing billions of dollars to the Revolutionary Guards, the Quds Force and Hezbollah. The National Development Fund, which is headed by the president of Iran and the head of the Central Bank, is the main source of financing for the terrorist al-Quds Force of the Revolutionary Guards (IRGC) and the government’s defense ministry.

Etemad-Tejarat-Pass Company, which has its headquarters in Iran, is a cover company for concealing financial transfers for military purchases by Iran’s Defense Department, which is supported financial by National Development Fund.

The US Treasury Department said today’s boycott of the regime’s Central Bank was due to “material assistance, financial support, technological support and the support of goods and services” for the Quds Force and Hezbollah.

US Secretary of State Mike Pompeo issued a press statement (20 September, 2019) on the intensification of sanctions against Iran and said:

“In a failed attempt to disrupt the global economy, the Islamic Republic of Iran attacked the Kingdom of Saudi Arabia. This act of aggression was sophisticated in its planning and brazen in its execution. Regardless of transparent attempts to shift blame, the evidence points to Iran—and only Iran.

As a result, President Trump instructed his administration to substantially increase the already-historic sanctions on the world’s leading state sponsor of terrorism. Today, we have followed through on his direction.

“The United States has sanctioned Iran’s Central Bank and its National Development Fund, as well as Etemad Tejarat Pars, an Iran-based company, which has been found to conceal financial transfers for military purchases. These entities support the regime’s terrorism and regional aggression by financing the Islamic Revolutionary Guard Corps, a designated Foreign Terrorist Organization, its Qods Force, and Hizballah, the Iranian regime’s chief proxy force.

“Attacking other nations and disrupting the global economy has a price. The regime in Tehran must be held accountable through diplomatic isolation and economic pressure. Our campaign of maximum pressure will continue to raise costs on the Islamic Republic of Iran until it reverses its destabilizing policies across the Middle East and around the world.”

Reuters: Russia and the United States should "act collectively"...

Trump Needs to Respond to Iran Threats Over Jerusalem