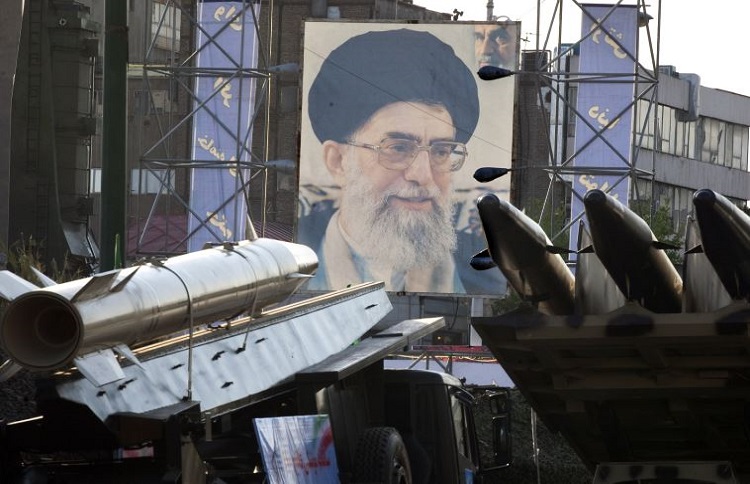 Iran blocked and confused under international pressure and domestic unrest has resorted to expanding terrorism around the Middle East, to further blackmail western countries to receive more incentive packages.

“The Guards should have advanced and modern weapons … Your weapons should be modern and updated. It should be developed at home. You need to develop and produce your weapons,” Reuters reported.

“Today the Guards have a powerful presence inside and outside Iran … America’s hostile approach has increased the Guards’ greatness,” Khamenei said, confirming the IRGC’s meddling in the region.

Washington and Riyadh have accused Iran of being behind attacks on Saudi oil facilities on Sept. 14, which temporarily knocked out half of the Saudi oil output.

The main Iranian opposition group, the National Council of Resistance of Iran (NCRI), in a news conference on September 30, revealed details of the Iranian regime’s attack on the Saudi oil installations.

According to the NCRI, the main decision-making body was the Supreme National Security Council (SNSC), which convened on July 31, 2019, presided by Iran’s President Hassan Rouhani, and approved the plan for the attack ordered by Khamenei.

The NCRI U.S. Representative Ms. Soona Samsami said: “This regime is counting on the inaction of the international community in the face of its aggression.” The regime embarked on its latest aggression because it “has no strategic exit from an inevitable downfall,” it “tries to prop itself up and prevent a popular uprising by using internal suppression and external sponsorship of terrorism,” she added.

Amid the tensions, Washington plans to deploy about 3,000 troops to Saudi Arabia, including fighter squadrons, an air expeditionary wing, and air defense personnel. U.S. State Department Spokesperson Brian Hook announced this in a news brief, adding that the deployment is to protect US interests and to defend Saudi against the Iran attacks.

This action once again confirms the Iran threat to the peace and security of the region.

As Mrs. Maryam Rajavi, the President-elect of the NCRI, said, “The attack on a neighboring country’s oil installations is a major step and a new phase in the warmongering policies of the religious fascism in Iran which demands firm action. The ultimate solution is to change this illegitimate regime by the Iranian people and their resistance.”

No boring old inauguration for this incoming Iranian president