Two Countries That Are Suffering from the Destructive Interference of Iran 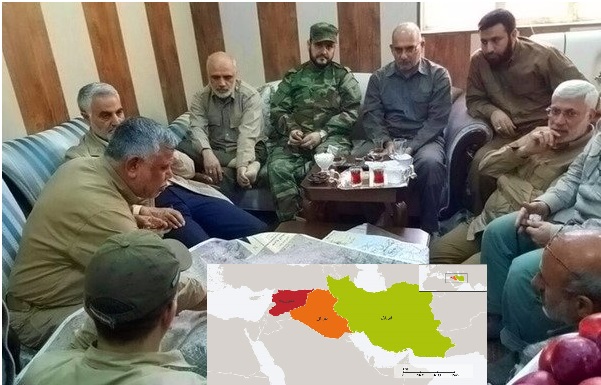 During the two weeks after protests first swept through Iraq, Iraqis faced a brutal crackdown launched by the militias and security forces heavily supported by Iran, which killed more than 180 Iraqi protesters. The protesters said the promise of reforms was just an illusion.

Instead of instilling hope in the people, the streets are still gripped with anger. The Iraqi youth continue to dominate the streets and anger is not only aimed at Baghdad but also Tehran the main cause of all major problems. They see Iran as the Godfather in bringing misery to their country.

None of the ministerial reforms and promises are trusted by the Iraqi citizens. One of the main reasons is the Iranian influence in Iraq through parties loyal to Iran.

The lack of jobs, poor public services, and mismanagement of funds have pushing regular Iraqis to take to the streets on several occasions in the past five years, while the money of the people is flowing to Iran and his militias for the benefits of Iran.

As the Iraqi people say: “The political factions supported by Iran have taken the government away from what the people have desired.”

It has been alleged that Iranian proxy paramilitary groups participated in suppressing and killing protesters, and rumor has it that operatives from the Islamic Revolutionary Guard Corps (IRGC) of Iran were part of it. Iran directly intervened in suppressing Iraqi protesters, Tehran’s stance on the protests is clear.

There is a wide perception that the Iran-backed constituents of the government contribute to the sustaining weak state institutions, producing tremendous corruption.

But in Syria, the Iranian government looked the other way and continued to support the regime of Bashar al Assad, which used chlorine and sarin against civilians more than 100 times.

Iran’s military, economic and diplomatic backing has been crucial for Assad’s survival in the eight-year-long civil war that has killed half a million people and displaced millions more.

Despite international sanctions from the United States and the European Union, Tehran continued to train and arm Assad’s army, which carried out a brutal crackdown against the opposition after the 2011 pro-democracy demonstrations.

Iranian militias have faced accusations of attacking civilians such as during the capture of Aleppo.

But Iran’s involvement in Syria goes beyond sectarian considerations, as for Tehran Damascus acts as a crucial route to build regional influence across the Middle East.

For Iran, Syria also acts as a conduit to supply weapons to Lebanon-based Hezbollah. Iran has spent billions of dollars and sent thousands of fighters to bolster Assad’s grip on Syria.

Iran tells West to be tolerant of Holocaust views