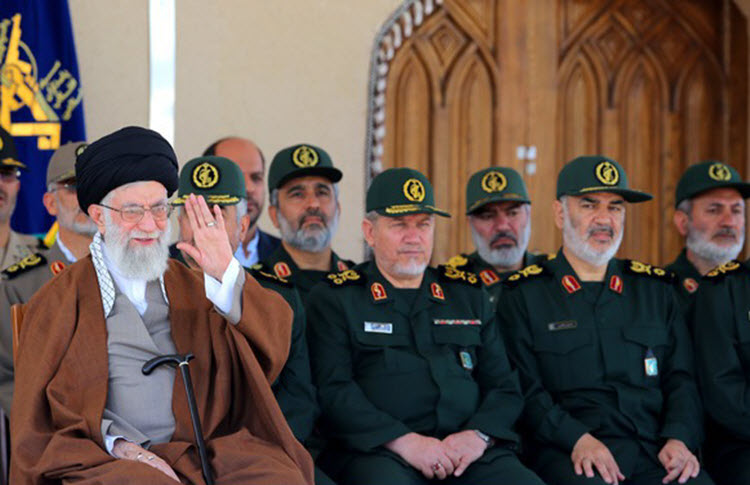 London, 8 Mar – If the US Congress votes to put the Iranian Revolutionary Guards Corps (IRGC) on the list of Foreign Terror Organisations, then it will not necessarily lead to another US-led war in the Middle East, according to the president of the European Iraqi Freedom Association (EIFA).

Struan Stevenson, who was previously a member of the European Parliament for Scotland, wrote an op-ed for UPI, in which he laid out the case for designating the IRGC as a terrorist entity.

The EIFA has worked with the International Committee in Search of Justice (ISJ) to produce an extensive study into the IRGC’s role in Iran’s expansionist military policies and the export of terrorism to 14 middle eastern countries.

Stevenson, former chairman of Friends of a Free Iran Intergroup in the European Parliament, wrote that those in the pro-Iranian appeasement lobby have been predicting ‘doom and disaster’ if the IRGC is blacklisted, but their threats are rather hollow.

He wrote: “Their main argument seems to involve the possibility of the IRGC taking revenge by targeting U.S. interests and allies across the Middle East. In other words, they may commit terrorist attacks in the West so we’d better not list them as terrorists! What strangely seems to have been forgotten is the fact that the IRGC has for decades been carrying out terrorist attacks across the Middle East, including Syria, Iraq, Yemen and Lebanon.”

Stevenson, the former president of the European Parliament’s Delegation for Relations with Iraq, reminded us that the IRGC and their brutal Quds Force, are responsible for most of the Shi’ite attacks on the predominantly Sunni provinces of Iraq. They pretend to be fighting ISIS, but really, they are just as bad.

He wrote: “It is a great irony that Iran exploited the IS campaign as an opportunity to carry out their genocidal crusade against the Sunnis, at the same time fooling former U.S. President Barack Obama into regarding Iran as an ally, even coaxing the United States into providing vital air support. There are even disturbing reports that the Iranian-backed Popular Mobilization Units, dubbed as Iraq’s version of the IRGC, have been surreptitiously providing arms to IS.”

So, the IRGC has pretended to fight ISIS in order to commit genocide against the Sunni Muslims; what else have they done?

• Seized 52 Americans in the U.S. Embassy in Tehran in 1980 and held them hostage for over a year

• Attacked the Khobar Towers in Saudi Arabia in 1996, using 5,000 pounds of explosives

Stevenson, a lecturer on Middle East policy, wrote: “For far too long, Iran and the IRGC have taken advantage of the West’s appeasement policy, not only engulfing the entire Middle East in flames but also oppressing the Iranian people through atrocious and repeated human rights violations. Blacklisting the IRGC is long overdue and will be a first and necessary step in actually kerbing Iranian atrocities.”

Wall Street Journal: The release earlier this month of...