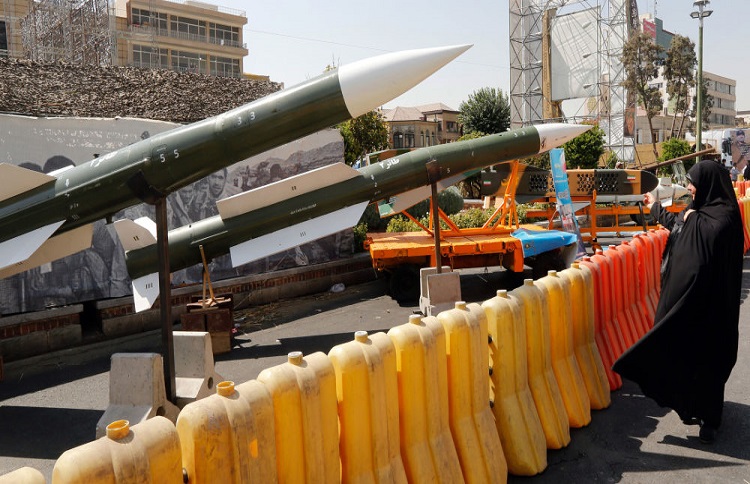 A US Navy warship seized advanced missile parts, reportedly linked to Iran, from a boat it stopped in the Arabian Sea, American officials said Wednesday, just as the Donald J. Trump administration increases pressure on Iran to curb its malign behavior in the region.

The Pentagon confirmed in a statement that a US warship discovered “advanced missile components” on a stateless vessel on November 25, which is already suspicious, and that a preliminary investigation indicated that the parts came from Iran.

The statement said: “A more thorough investigation is underway.”

Meanwhile, American officials who were not permitted to speak publically on the matter told Reuters that the guided-missile destroyer Forrest Sherman detained a small boat and that several American personnel went on board, where they discovered the missile parts.

The officials confirmed that the boat’s crew have been handed over to the Yemeni Coast Guard and the missile parts are being held by the United States.

One official said that based on initial information they thought the weapons were being transported to the Iran-linked Houthi rebels in Yemen.

Over the past few years, American warships have on several occasions intercepted Iranian weapons that they believed were headed for the Houthis and seized them, but the official said that this was different because of the advanced nature of the parts.

Iran is banned from supplying, selling or transferring weapons outside the country without approval from the United Nations Security Council, under a UN resolution.

A separate UN resolution, which applies to all countries and individuals, profits supplying weapons to Houthi leaders.

The Houthis claim that their weapons are made by them, but don’t reveal that the parts are smuggled in from their ally Iran and just put together in Yemen using foreign (normally Iranian ) expertise.

A senior Pentagon official previously said that there were signs of Iran potentially carrying out aggressive actions in the future.

Tensions in the Middle East have been rising since late spring, after a series of attacks on oil tankers and a major attack on oil infrastructure in Saudi Arabia.

The US blamed Iran for these incidents, but Iranian officials denied it, with the Houthis even taking responsibility for the attack on Riyadh. Experts say the flight patterns for the missiles couldn’t have come from Yemen and Iran is the likely suspect.

The US has sent 14,000 additional troops to the region since May to deter Iran and US officials said that there is talking of additional US troops being sent to the Middle East.