Iran Launches Missiles at US Forces in Iraq 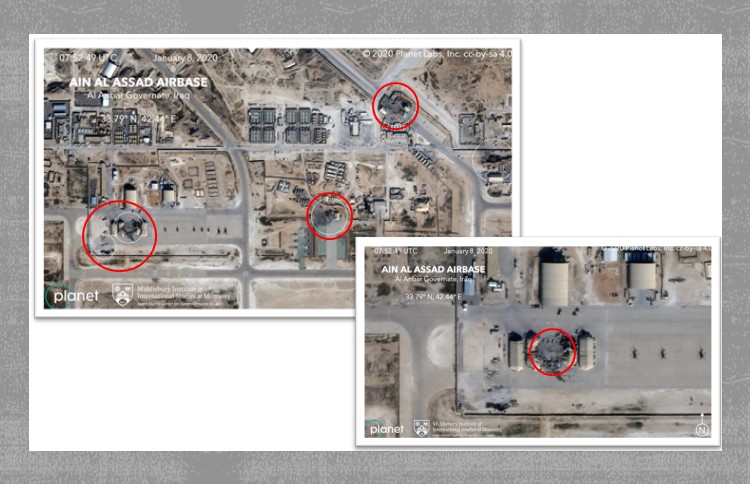 On Wednesday, Iran launched missiles at US-led forces in Iraq at about 1.30 am (local time) in retaliation for the American drone strike last Friday that killed Iran’s most senior military official Qassem Soleimani.

According to Iranian state television, Iran fired 15 missiles at US targets in Iraq, while Iraq said it was 22 missiles. The US military said at least two Iraqi facilities hosting US-led coalition personnel were targeted; the al-Asad airbase and another facility in Erbil, Iraq.

Donald Trump tweeted that an assessment was underway into casualties and damage and that he would make a statement on Wednesday morning.

One source says that there don’t appear to be any US casualties, although Iran claimed to have killed 80 “American terrorists”, as well as destroying US helicopters and military equipment

Other countries, including Iraq, Germany, Denmark, Norway, and Poland, said that none of their troops have been hurt. Iran’s actions were condemned by the UK, which also has troops in Iraq.

Pentagon spokesman Jonathan Hoffman said: “As we evaluate the situation and our response, we will take all necessary measures to protect and defend US personnel, partners, and allies in the region.”

The US was expecting a response from Iran for the killing of Soleimani, something that US Defense Secretary Mark Esper noted hours before the strikes in a briefing at the Pentagon.

US officials said Soleimani was killed because of intelligence that indicated forces under his command were planning attacks on US targets in the region.

Soleimani, the commander of Iran’s terrorist Quds Force, was the second most powerful man in Iran and was personally involved in some of the regime’s most heinous crimes, including terrorism, war crimes, and massacres of political opponents.

The Iranian people and many around the world do not mourn his death. They welcome it, just as they would the fall of the regime as a whole. For years, they’ve been tearing up his posters and torching buildings of troops under his command. Now, they eat cake to celebrate his death.

The National Council of Resistance of Iran (NCRI) wrote: “Soleimani was simply a criminal with no principles and human feelings who would pursue the supreme leader’s directives with terrorism and cruelty. That is why with his elimination, the Iranian regime has lost the mastermind of its terrorist activities, one of the key planners of its attacks on the opposition and the main person who was keeping its ranks together beyond its borders. The IRGC and Quds Force will not be the same without Soleimani, and the weakening of the IRGC will, in turn, weaken the regime in its entirety. This will further incapacitate the regime in the face of ongoing uprisings in Iran, Iraq, and Lebanon, where Soleimani was one of the most hated figures.”

Responding to Iran’s retaliatory strike on bases housing U.S. troops in Iraq, President Donald Trump said Wednesday he would invoke more sanctions on Iran so long as it continues to pursue the development of nuclear power.

“As long as I am the president of the United States, Iran will never be allowed to have a nuclear weapon,” Trump said at the top of his remarks before confirming that no Americans were harmed in the Tuesday afternoon strike on two bases.

Iran says to make own nuclear fuel plate within 5 months

AFP: Iran plans to produce the first of its...

The Plight of the Poverty-Stricken People of Iran