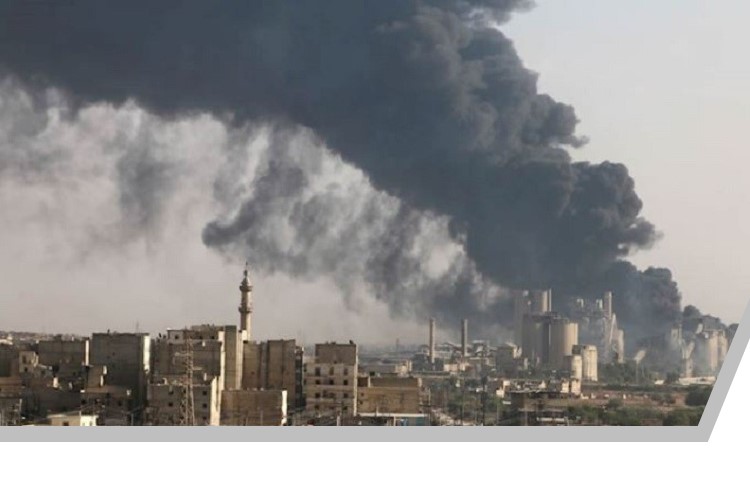 These days, the death of Qassem Soleimani, the chief of the Revolutionary Guards Quds Force (IRGC-QF), has become the main topic of discussion and debates in different media outlets as well as social media. For those who are not familiar with Iranian affairs, Soleimani’s death may create a slight confusion.

However, peoples in Iran and across the Middle East recognize the former Chief of IRGC-QF as the murderer of their loved ones. In this respect, merely a few minutes after the news of Soleimani’s elimination, the people of Iraq, Syria, and Lebanon flooded in streets and celebrated. Footages obtained from inside Iran show the people wholeheartedly rejoicing and celebrating in their homes.

In 2011, when Bashar al-Assad’s rule was on the brink of collapse and the people of Syria demanded the downfall of the regime, Iran’s supreme leader Ali Khamenei dispatched Soleimani to keep al-Assad, as the main ally for the Iranian regime, in power. In this regard, Qassem Soleimani was the most important element in the continuation of Assad’s rule and making more humanitarian crises in Syria. No doubt, dragging Qassem Soleimani to the international criminal court was the most justifiable task if the human rights measures were the priority. In the 21st century, Soleimani’s crimes were too numerous and it’s impossible to compare him to anyone else when it comes to the number of innocent people he killed.

Several of Soleimani’s crimes against the Syrian people during the country’s nine-year war are as follows:

Soleimani was involved in the massacre of more than 500,000 innocent people; he was directly responsible for the displacement of more than 13 million people in addition to damaging the houses of more than 6.1 million citizens in this country. It is worth reminding that Nazi Germany has killed around 1,650 citizens and destroyed 7,000 houses during the bombing of Guernica, which is considered a war crime in World War II.

Qassem Soleimani and Quds Force aided Bashar al-Assad’s air force to conduct more than 6,000 bombing operations against ordinary people. At the time, they also operate more than 6,000 artillery operations against Syrian residential areas which resulted in destroying dozens of cities and towns in this country. Notably, Soleimani’s crimes include blowing up 492 hospitals and medical centers and murdering 847 doctors and medics who were trying to rescue the wounded and the people who had been buried under the ruins after Assad’s inhuman bombardments.

During the past years, Soleimani assisted the dictator of Damascus to conduct 221 chemical attacks against residential areas. Chemical attacks left long-term disastrous impacts on the lives of dozens of thousands of citizens in these areas in addition to the mass killing of thousands of people including youth, children, and even babies.

Of course, these figures only display a part of the crimes of Soleimani and the Quds Force against the Syrian people. In this regard, it shouldn’t be forgotten the long consequences of these horrible crimes on the lives of victims’ families. The world will never forget footages of lifeless babies in Syria who suffocated in the chemical attacks by Soleimani and the Quds Force. Also, Soleimani’s crimes against Iraqis whether Shiite or Sunnis, Christians, Yazidis, etc. will not be forgotten. Therefore, it is very considerable that in parallel with Iranian authorities mourning for criminal Soleimani, many people in Syria and Iraq poured into the streets and tore up and torched his portraits. Disaster-stricken people of these countries like the Iranian people also celebrated the elimination of this murderer by distributing sweets and dancing.

Iraqis — Iraqis — dancing in the street for freedom; thankful that General Soleimani is no more. pic.twitter.com/huFcae3ap4

9)
In her last NYT piece, Fassihi described Soliemani as a “popular general.”

Watch this Iranian family dance in their home after hearing about the “terrorist Soleimani’s” death.pic.twitter.com/3EgOUqizat

Reuters: France, Britain and Germany have met a key...