Women Targeted Under Iran Regime’s “Fire at Will” Law 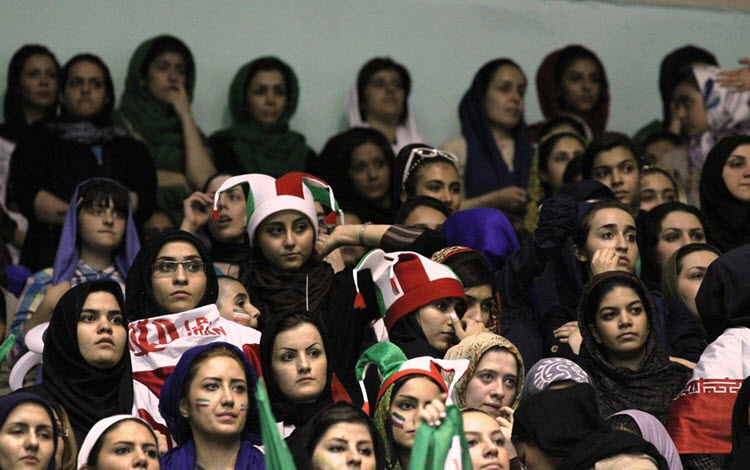 London, 20 Jun – The coordination council of the Iranian Ansar-e Hezbollah has threatened to use the “fire at will” law against women entering sporting arenas.

Hossein Allah-Karam, head of the coordination council of Ansar-e Hezbollah, wrote on Instagram: “This organisation has complaints about the Ministry of Sports and Youths which has illegally and unlawfully dragged hundreds of women and girls as spectators to the recent volleyball games of men.

He continued: “Tehran Friday Prayer Hezbollah Students Group has been formed just like the early days following the revolution to enact Imam Khamenei’s fire-at-will order as well as clause M of Khomeini’s will. The group consists of students who take part in Tehran Friday Prayers.”

The photos he uploaded showed members of his group collecting signatures aginst women being allowed into sports arenas.

On June 16, Hezbollah students wrote an open letter to Ali Larijani, the speaker of the mullahs’ parliament (Majlis), demanding that women be banned from entering stadiums to watch the World League Volleyball games in Tehran.

It read: “Please order tending to this matter, otherwise, we would have to prevent it based on Khamenei’s ‘fire at will’ order….”

While the Hezbollah students have not yet put their threat into action, it should still be considered a great threat to the women of Iran.

The first game played by Iran’s national volleyball team had only a few women in attendance.

Shaqayeq Yazdani, the wife of the team’s doctor, wrote on Instagram: “Unfortunately, entry to the stadium has not been sanctioned for all women and only the wives and families of members of the national volleyball team whose names have already been registered by the Federation can enter after providing proper identification.”

This law was announced earlier this month by the supreme leader of the Iranian Regime, Ali Khamenei.

He gave permission to his official and unofficial armed forces to “fire at will” at those who criticise the cultural policies of the government. He encouraged Basijis and soft-war officers to make decisions about whether or not to shoot people, without even attempting to consult higher ups.

Mashhad Friday Prayer Imam and Khamenei’s representative in the city ‘Ahmad Alamolhoda’ said: “fire-at-will means not to wait for orders from anyone or anywhere. This (fire-at-will) order clearly defines responsibilities of all bodies, including executive and judiciary ones.”

This only increases the level of repression in Iran because now the lower levels of the “security forces” don’t even have to wait for permission to shoot you, if you are doing something that they consider to be wrong.

Khamenei used the term, “fire at will”, in a speech to young people on June 7, the same day as the twin terror attacks in Tehran.

AFP: Iran is the "most significant" threat to world...

AFP: Iran will not review cooking gas prices despite...