Though It May Come Back to Bite the Regime, Iran Is Always a Creator of Terrorism 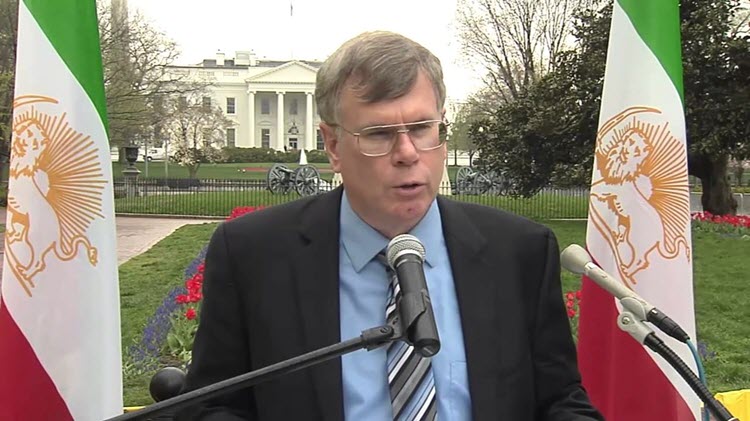 Earlier this month, two deadly terrorist attacks were launched within an hour of each other at Iran’s parliament building and the mausoleum of the Islamic Republic’s founder Ruhollah Khomeini. ISIS quickly claimed responsibility.

It is interesting that these attacks come at a time when President Donald Trump and his top administrators are refocusing attention upon the fact that Iran is the world’s foremost state sponsor of terrorism.

Following Iranian President Hassan Rouhani’s reelection in May, U.S. Secretary of State Rex Tillerson confronted Rouhani’s moderate credentials, saying that if he wanted to improve relations with the rest of the world Rouhani could halt Iran’s illicit ballistic missile work, address its abysmal human rights record, and bring an end to its support of terrorist organizations.

Meanwhile Secretary of Defense James Mattis appeared on CBS’s Face the Nation and told host John Dickerson that he believed Iran could still be found at the center of virtually every major conflict and crisis in the Middle East.

Iran’s culpability certainly includes the rise of ISIS, which grew out of Al Qaeda in Iraq. Having served as the Senior Antiterrorism Officer for all Coalition Forces in Iraq, I personally know the Iranian mullahs actively supported Al Qaeda for the sake of harassing and killing American troops.

It has also been widely reported that Tehran allowed traditional Al Qaeda cells to operate from inside the Islamic Republic, as well as sheltered several of Osama bin Laden’s close relatives. Tehran will support terror under any self-described Islamic banner if it means causing trouble for progressive nations.

It was only a matter of time before an Islamic terrorist organization was going to bite the hand that has been feeding them. However, Iran is not going to rethink its regional or global strategies. Instead these incidents work to the advantage of the theocratic regime as it strives to encourage the international community to look the other way while trying to promote its own brand of Islamic fundamentalism.

Maryam Rajavi, the president of the National Council of Resistance of Iran, said as much in a statement released the day of the Tehran attack. In it she argued that Iranian Supreme Leader Ali Khamenei “wholeheartedly welcomes it as an opportunity to overcome his regime’s regional and international impasse and isolation” by helping Tehran’s state media and foreign representatives to “switch the place of murderer and the victim and portray the central banker of terrorism as a victim.”

American policymakers must remain vigilant against this sort of deception. Otherwise, the freedom-loving countries of the world risk slipping back into patterns of misguided and ineffectual policymaking, even at a time when the White House is trying to chart a new course and react appropriately to Iran’s leading role in crises in Syria, Yemen, and beyond. The Iranian presence in those areas is aimed at establishing a region-spanning Shiite caliphate much like the Sunni one ISIS had sought to create.

The major difference between these entities is not sectarian, and it is certainly not that one is a victim of terrorism while the other is a perpetrator. The major difference is that while ISIS is losing ground, Iran is on a path toward growth. It will continue unless the international community takes notice of the danger, tightens the economic restrictions on the regime, and puts its support behind the Iranian Resistance, which aspires to establish a truly democratic system in place of the regressive theocracy.

Whether Tehran is playing the victim in the wake of attacks or proudly and openly declaring its backing of anti-Western extremists, the long-term goal is always to dominate the region. With that in mind, the Trump administration has surely pointed in the right direction with its recent emphasis on Iran’s destructive influence over the Middle East, as well as its efforts to declare the Revolutionary Guards as a foreign terrorist organization and to economically isolate such hardline entities.

Some analysts have identified White House policy as being on a path toward explicit support for regime change of the sort which is sought by the NCRI and indeed by much of the Iranian population. This is the correct goal regardless of any developments that Iran might be able to point to for the sake of claiming that it is at odds with the world’s leading terrorist threats.

Hopefully, the U.S.’s endorsement of regime change will be made clear by July 1, when the NCRI holds its annual Iran Freedom rally in Paris – an event which will include dozens of high-profile American leaders as well as tens of thousands of Iranian expatriates from around the world.

The U.S. and the Iranian Resistance are in a remarkable position to help each other. Official American recognition of the movement and its cause will help galvanize the Iranian people. The NCRI’s in-depth discussion of the regime’s current and past crimes, including its support for a diverse array of foreign terrorist groups, will go a long way toward convincing the entire world of the need to join President Trump in confronting the Islamic Republic.

This latter role is always necessary, but perhaps it is most necessary in those rare moments when Tehran has an opportunity to present itself as the victim of terror, without acknowledging the clear and ongoing role that it plays in creating the same.

Wesley Martin, a retired U.S. Army colonel, served as the senior anti-terrorism officer in Iraq from 2003 to 2004 and the senior operations officer for detention operations from 2005 to 2006.

By Jubin Katiraie On December 18, the state-run Fars...