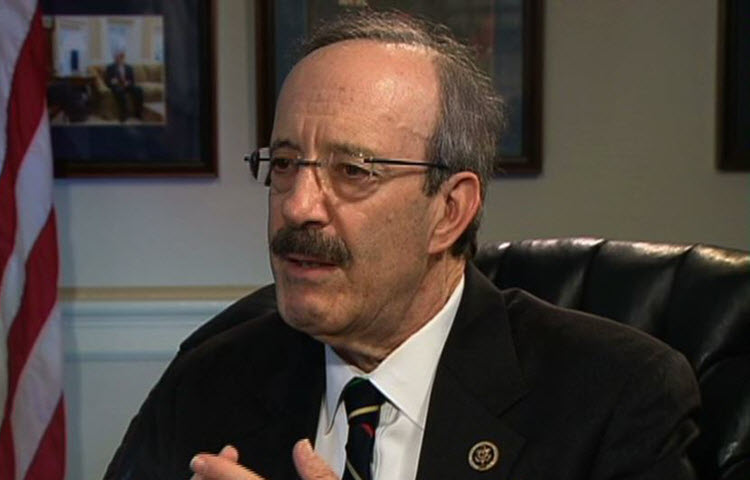 London, 20 Jun – Democratic member of the House of Representative, Eliot Engel, has called for more sanctions against Iran and Qatar for their support of extremist groups like Hamas.

The representative from New York is sponsoring a bill with nine of members of Congress to bring about such sanctions.

The bill, which was filed on May 25, condemns Iran for providing financial and military assistance to the Palestinian terrorist group.

It also refers to Qatar as a state sponsor for Hamas leaders, and accuses the Middle East country of providing financial and military support to the terror cell, citing their hosting of former Hamas politburo chief Khaled Mashal.

Iran is Sponsoring Centre for Terrorism

Engel told Asharq Al-Awsat that Iran was a “sponsoring centre” for regional terrorism, citing the example of the Bashar Assad dictatorship in Syria. Engel pointed out that the dictatorship would have fallen long ago, if it wasn’t for the interference of the Iranian Regime and Russia.

He emphasised the importance of not only bringing in more sanctions to punish Iran for its support of terrorism, its ballistic missile tests, and its egregious human rights abuses, but also enforcing the ones that we already have.

Engel said that he wants to invoke counterterrorism measures against Hamas and punish countries willing to sponsor them financially or politically.

Hamas and Hezbollah are already on the US list of Foreign Terror Organisations, while the Iranian Regime private terror squad, the Revolutionary Guards Corps (IRGC) are currently under consideration.

Engel said that a key reason for his opposition to the 2015 nuclear deal between Iran and the P5+1 countries (the US, the UK, France, Germany, Russia, and China) was that it allowed for the country labelled the “number one state sponsor of terror” to continue supporting terrorism.

He also said that this agreement does not prevent the Iranian Regime from creating and owning nuclear weapons, it merely delays it. Iran can legally acquire a nuclear weapon from 2030.

The bill is currently undergoing a process of bipartisan negotiations before it gets passed to a vote in the House.

Earlier this month, the US Congress voted to increase sanctions against Iran over its links to terrorism and its human rights record.