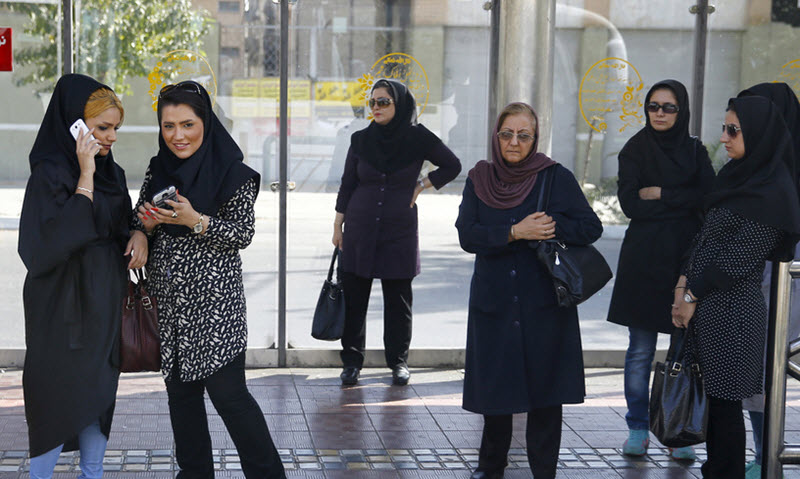 London, 13 Jan – Iran faces many crises at the moment, ranging from US sanctions that are crippling the economy to mass protests against the ruling mullahs to a drought that threatens the lives of every Iranian. But, according to the mullahs, none is more dangerous to their continued rule than women removing the mandatory hijab.

They even believe that the anti-hijab protests that many Iranian women have taken part in over the past year are part of a plot by the West to bring about the collapse of the ruling theocracy.

Jafar Dolatabadi, Tehran’s Chief Prosecutor, said: “The enemy is trying to turn chastity and the hijab into a choice. Therefore, they have instigated some people to take off their hijab, trying to make their plans operational, but they were met with the decisive approach of the judiciary and the police. They believe that their struggle in the military and political arenas have reached a dead end and are therefore trying to increase financial pressures and change the social and cultural spheres.”

Of course, the mullahs say this is just part of a wider scheme by Iran’s enemies to use the their human rights violations to incite the Iranian people into rebellion through the establishment of international human rights campaigns. Presumably, because the mullahs believe that without intervention, the Iranian people were perfectly happy with the abuses they suffered.

Amoli Larijani, the Chief Justice of Iran, said: “Our enemies use the slightest incidents in the country to reach their goals and to instigate the people. They use whatever is at hand to destroy the image of the Islamic Republic and unfortunately, we have not been successful in interpreting our achievements and confronting this media outbreak.”
While many mullahs are also worried about the enemy being able to infiltrate the government and influence its internal systems, including its ideological organizations, government bodies, and even armed forces.

The head of the Mashhad Friday prayer sermon, who represents Iran’s Supreme Leader there, said: “There is a danger of infiltration everywhere including in our management systems. The enemy infiltrates our economic centres and our societies.”

This they fear will bring changes to civil liberties and lifestyle in Iran, which poses a threat to the whole system.

The cleric continued: “If our religious society turns into a non-religious society, and if people change, they will no longer care for the state and will distance themselves from it and in this way, it is easier for the enemy to suppress and destroy the state.”

The hijab became mandatory for women in Iran in 1985, when a law passed that forced all women to dress in accordance with Islamic teachings, regardless of their religious beliefs.

UPI: The Islamic republic should be wary of attempts...