The Role of Iranian Women in Recent Protests 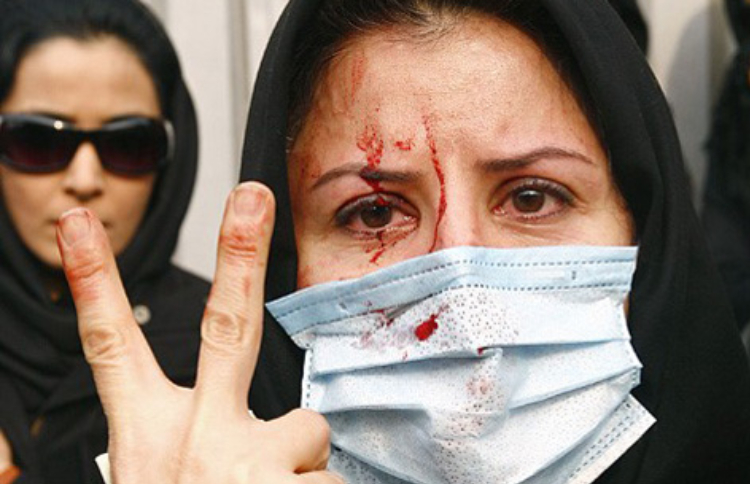 In parallel to the nationwide Iranian protests that shook the earth under the mullah’s feet, a new phenomenon emerged. It was the role of Iranian women in leading and organizing protests and becoming role models of resistance for their people.

“During the recent unrest, women’s special leading and organizing were impressive. In numerous parts, particularly in Tehran’s suburbs, 30-35-year-old women seemed to play the lead role of chaos. Our reporter’s observations show that each one of these women in uniforms has a separate task. One is filming unrest, another stops the cars, and another provokes the people to join the ranks of riots,” state-run Mashreq website published on 20 November.

The state media have published articles about the organized protests and women’s pivotal role in leading the uprising.https://t.co/I6XWW524MR

Mashreq also admitted, “The vibrant presence of women has been an important factor in arousing the emotions and zeal of the community… which resulted in expansions of the protests!”

The reality is that the regimes’ advocates have made discoveries in the wake of the vital role of Iranian women during the recent uprising. For many years, the mullahs were trying to marginalize women and limit their capacity to housekeeping and raising children. However, in the recent protests, Iranian women and young girls proved their ability to challenge the regime and play a pivotal role in deciding the fate of their country.

Regrettably, over the past years, many so-called women’s rights activists pretended the Iranian women’s struggle pursues succinct privileges such as freedom of clothing, attending stadiums, etc. However, the truth is that society won’t progress if all of its members are unable to express their rightful demands. Factually, the mullahs’ rule has based on the denial of the fundamental rights of all the people. Therefore, there’s no way to achieve the rights of various segments of society in the context of the current ruling system.

In this regard, ‘Javan’ newspaper affiliated to the Revolutionary Guards Corps (IRGC) underlined the women’s role and wrote, “A special task was specified for women. They had an ‘essential role’ in both assaulting Basij centers and inciting youths. Even though none of them were killed, but their manners were similar to the military exercises of the female members of the [Mojahedin-e Khalq (MEK/PMOI)].”

The mullahs and their advocates are unable or would like to be unable to acknowledge the abilities of Iranian women. However, the female segment of Iran’s society well demonstrated its quality and “essential role” and won’t be satisfied with anything less than a fundamental change.

Remarkably, women’s struggle in Iran has passed notable phases. In this context, it should be considered that for around three decades, women lead the sole opposition group to the religious dictatorship. On the other hand, the National Council of Resistance of Iran (NCRI) is renowned as a viable alternative to mullahs and is presided by a woman, Madam Maryam Rajavi.

Many years ago, NCRI President-elect Maryam Rajavi discovered the mullahs’ Achilles heel. In 1996, she addressed the religious fascism and vowed that the mullahs will be overthrown from the point they “never expect.” Today, Iranian officials’ admissions underscore the accuracy of Mrs. Rajavi’s remark. In this regard, the regime’s authorities bluntly compare the women’s role in the recent uprising with that of women in the sole archenemy to the theocratic regime in Iran.

Camp Ashraf (Iraq): an urgent action is needed to save the lives of 7 hostages

Tolerance: We remain deeply concerned about the horrific attack...