The Money Behind the Iran Deal: NIAC Exposed 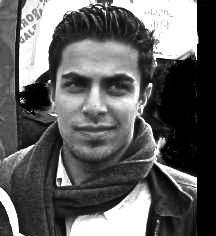 A recent article by the Daily Beast is making headlines and further exposing the National Iranian American Council (NIAC) for what is, a tool to promote economic ties with the mullahs in Iran.

The expose, entitled The Shady Family Behind America’s Iran Lobby , ran this past Tuesday provides an exhaustive background on the connections between NIAC, the Namazi family, and the Iranian regime, underscoring how these three seemingly disparate interests relentlessly pursued the removal of sanctions on Iran, each for their own benefits.

The unholy alliance between amoral and greedy Iranian businessmen in the Namazi family and cunning political opportunists like Trita Parsi is uncovered with startlingly detail. The article leaves no doubt that their goals were and continue to be inline with the ruling regime in Iran.

I encourage all of you to take the time to read the thoroughly researched article for yourself, but here is just one example of the type of damning information it contains.

“In March 2006 (at the height of the covert Iranian war with the U.S. in Iraq), Parsi told a colleague not to worry about a trip to Tehran, “NIAC has a good name in Iran and your association with it will not harm you.” When the colleague was briefly questioned by the regime, then released, he reported back (PDF) to Parsi that he’d been told the reason he was let go was “that they knew NIAC had never done anything seriously bad against the Islamic Republic.”

The article notes that NIAC and the Namazi’s have seemingly been able to dupe the west into cozying up with the inhumane regime in Iran, while fattening their own pockets in the process.

The conclusions in the article were in fact confirmed by a report published this week by Reuters entitled “Conglomerate controlled by Iran’s supreme leader a winner from nuclear deal”, which details the financial boost gained by Khamenei and his cohorts from the Iran deal. The article stated, “Already, one Setad firm appears to be moving to take advantage of the deal. Ghadir Investment Compan… a Setad-linked firm, signed a 500 million euro ($565 million) contract with the engineering unit of Finmeccanica…”

These are the fruits of the Iran deal so doggedly pursued by NIAC, Khamanei and the Namazi family. Fruits which will certainly be enjoyed by the regime, corrupt businessmen and their lackeys, but unfortunately not by the people of Iran.