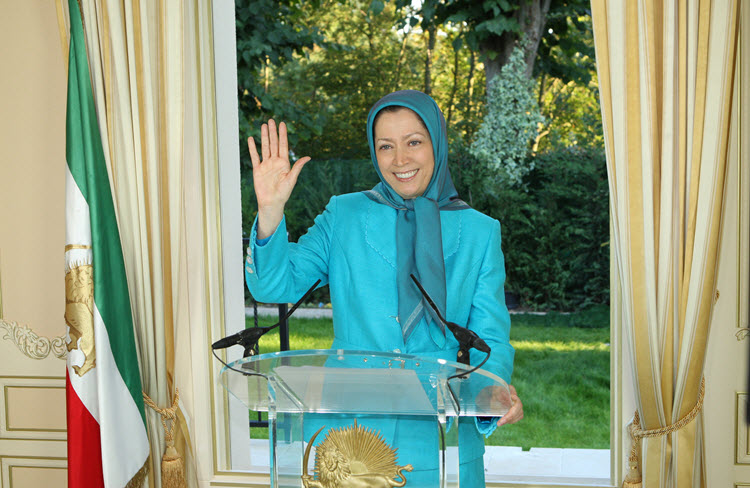 The Iranian Resistance forces, united under the leadership of Maryam Rajavi, want to see the separation of religion and government in Iran.

Maryam Rajavi, the president-elect of the National Council of Resistance of Iran (NCRI), has given many speeches advocating for an end to religious governance in Iran, which is in direct contrast to the theocratic Iranian Regime that uses Islam to oppress its own people.

What reasons does Maryam Rajavi give for the separation of religion and state?

There are many reasons that Maryam Rajavi has given to support the separation of religion and state but it all boils down to personal freedom and a skewed legal system.

Maryam Rajavi believes that by linking the laws of one country to a religion (as in the Iranian Regime’s Sharia law) creates medieval laws and punishments (like executions) that are incompatible with modern society.

Compulsory religion takes away the freedom to worship freely as you choose, according to Maryam Rajavi. It means that those who do not prescribe to the religion (in the Regime’s case, a narrow and largely inaccurate interpretation of Shiite Islam) have to worship in secret and hide their true beliefs.

Sunni Muslims, Christians, members of the Baha’I faith, and all other minority religions in Iran suffer discrimination for practising their faith. They may be arrested, their places of worship may be destroyed, and they may even be executed.

It also hurts those Shiite Muslims who challenge the Iranian Regime- for example the People’s Mojahedin Organization of Iran (PMOI/MEK), who have been persecuted by the Regime since its inception- because the mullahs may excommunicate them when punishing them for their political beliefs.

Maryam Rajavi believes that sectarian wars and religious hostility are a tool of the fundamentalist Iranian Regime to divide people and cause chaos in the Middle East. This proves that the Regime does not institute compulsory religion because of faith. It does it because it wants control and to punish those who don’t fall into line. Therefore, all those in Iran should band together to remove the Regime from power.

What are Maryam Rajavi’s religious beliefs?

Maryam Rajavi believes that true Islam promotes freedom, democracy, and tolerance. She said that Islam is a peaceful religion that promotes gender equality, popular sovereignty, and freedom from all forms of compulsion, oppression and exploitation.

Maryam Rajavi rejects religious discrimination and supports the rights of all religious and non-religious people.

What is Maryam Rajavi’s solution to the theocratic regime?

Maryam Rajavi wrote: “Indeed, the ultimate solution is to evict the Iranian regime from the entire region and to topple the Caliph of regression and terrorism ruling Iran.”

France says no sign of enrichment freeze in Iran letter