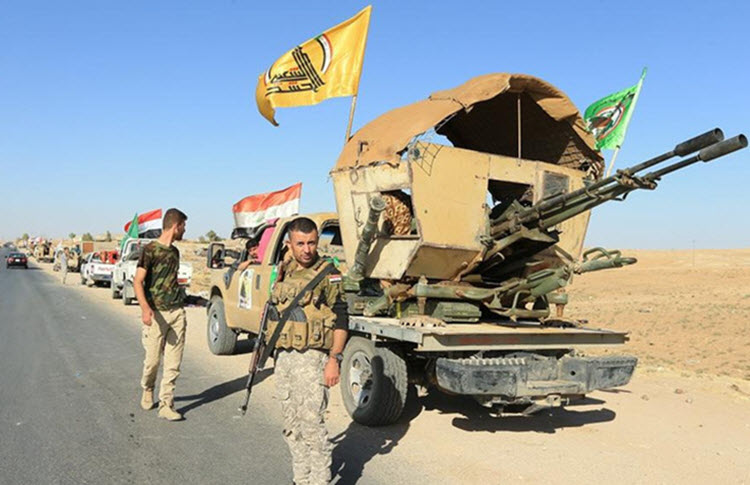 London, 08 Feb – There are two elections in the Middle East, this May, which could greatly affect Iranian power in the region.

In both the Iraqi and the Lebanese elections, the Iranian proxies stand a good chance of increasing their share of the vote and consolidating their control over the government.

Iraq: Many former diplomats to Baghdad have dismissed the idea of Iran-backed Al-Hashd Al-Shaabi leader Hadi Al-Amiri as prime minister because of the high death count that he is responsible for. However, he is currently leading in the polls ahead of the May 12 election. With Al-Hashd in control of Iraq, Iran will effectively control Iraq more so than they do already.

Lebanon: Iran-backed Hezbollah already controls a great deal of Lebanon’s parliament and they look set to do well in the May elections. They may even be able to form alliances and take control of the country.

While most analyses of Hezbollah and Al-Hashd focus on the military threat, the political threat could be greater long-term. After all, military force is deployed to serve political needs, like Al-Hashd’s sectarian cleansing on mixed provinces in order to sway the vote.

Essentially, the groups are exploiting the democratic system whilst destroying democratic values.

Journalist Baria Alamuddin wrote: “I have been unnerved by discussions with Western diplomats and policy experts, who appear relatively relaxed about paramilitary leaders like Al-Amiri acquiring leading roles. One official described Al-Amiri as “primarily an Iraqi nationalist” — despite him having lived much of his life in Iran (where his Iranian wife and family live); despite his well-documented complicity in sectarian cleansing; and despite his professed primary loyalty to Ali Khamenei. Officials complacently assured me that America would never allow paramilitary factions to seize control in Baghdad and Beirut, yet America and Europe have never appeared more disengaged than at this precarious moment, when the region’s future path will be defined.”

Have no doubt, their first move once in office will be to place more power into Iranian-guided hands through manipulation of the political system. After that nothing will be able to stop Iran from turning Iraq, Syria and Lebanon into their own Shiite Crescent, stretching from the Persian Gulf to the Mediterranean.

There are only three months left to prevent Iran having unchecked power in Iraq and Lebanon, but the world isn’t paying attention.

Even in the countries, conscientious citizens are unmotivated because of deep sectarianism, corruption and factionalism within their governments, which is exactly what the Iran proxies wanted in the first place.