Tens of Thousands of Dilapidated Trucks Traveling on Iran’s Roads 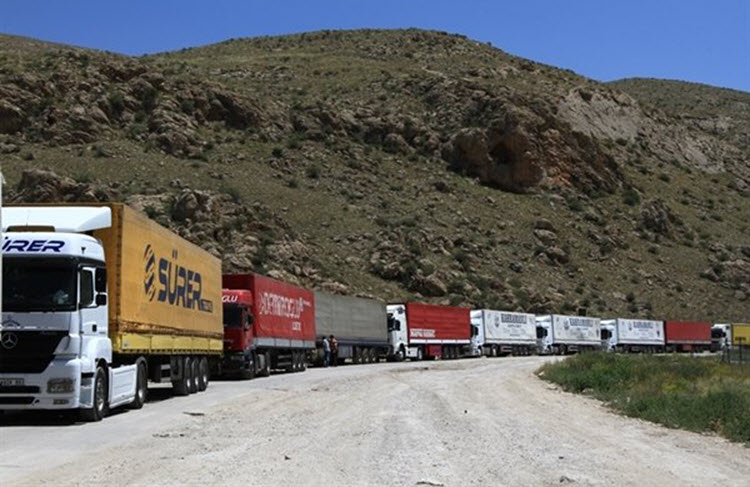 In addition to deteriorating the country’s air quality, Iran’s road transport industry has also been severely hit by a dilapidated truck fleet over the past few years.

Ranging from 127,000 to 202,000, different figures have been given by state official on the numbers of Iran’s dilapidated trucks.

While, according to state-run ISNA news agency, state’s head of Industrial Development and Renovation Organization (IDRO) ‘Mansour Moazami’ has spoken of replacing 202,000 outdated heavy vehicles in the next three years through a fleet renovation program that is going to need $10 billion in investment, Iran’s Minister of Roads and Urban Development has stated that 127,000 dilapidated trucks aged 25 and higher are currently traveling across Iran as part of the country’s road transport fleet.

With the dilapidated trucks scrapped and replaced with new fuel-efficient ones, the sector’s fuel consumption will be reduced by half, with the money saved through fuel conservation soon to cover the fleet renovation costs. Besides, the country’s environment will also benefit from this.

The question, however, is whether Iran will be able to move forward with the plan, considering the fact that the country is now severely struggling to provide necessary funding for revamping its aircraft fleet while failing to finance purchase of a number of Airbus planes it has ordered this year.

Iran’s 2005 truck production was about 30,000 a year, with most of the produced trucks being manufactured by such respected companines like Mercedes-Benz, Volvo, Renault Trucks and IVECO. In 2013, however, the production fell to 14,000, with the Chinese brands dominating the production this time.

The other question is “which truck models are going to replace the scrapped ones?”

If that’s the Chinese manufactured trucks, then it could be said that the dilapidated trucks are going to be replaced with low-quality ones, with their poor safety standards leading to many reported road accidents over the past few years.

With big truck-manufacturing companies reducing their production due to widespread sanctions during Mahmoud Ahmadinejad’s eight years in office, the products of such low-quality Chinese brands like Howo and Dongfeng took the place of the likes of Volvo and Mercedes-Benz.

While Iran’s road transit system has been hit by an outdated transport fleet, the cycle of scrapping the country’s dilapidated trucks has also been disrupted due to reduced purchasing power resulted from an economic recession.

Although such big truck manufacturers like Mercedes-Benz, Volvo, Scania and Renault Trucks have returned to Iran following the 2015 nuclear deal, but it’s quite unlikely that the country’s production capacity in the next three years would be enough for replacing the country’s 202,000 dilapidated trucks.

Reuters: Iran said on Tuesday it had agreed to...