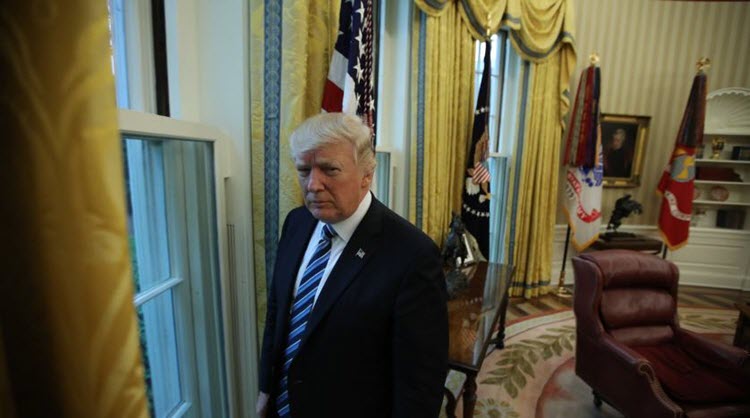 London, 20 Mar – In his address to the Iranian people during the Persian New Year (Nowruz), Donald Trump attacked the Iranian Regime, their suppressive security forces, and their shadowy state institutions for stealing from the Iranian people in order to line their own pockets and fund illegal wars.

Trump also laid into the Iranian Revolutionary Guard Corps (IRGC), whom he called “a hostile army that brutalizes and steals from the Iranian people to fund terrorism abroad”.

He advised in his statement that the IRGC has spent over $16 billion of the Iranian people’s money to prop up the Bashar Assad dictatorship in Syria and support terrorist groups (i.e. Hezbollah and the Houthis) across the Middle East, in Syria, Iraq and Yemen.

Trump further relayed that the Iranian Regime and their brutal IRGC forces were not just impoverishing the people of Iran, but also destroying the environment.

They have done this through failing to make or enforce laws to tackle air pollution and not tackling systematic water waste that has exacerbated the drought in Iran, but this lack of action is not only damaging the environment, it is also killing the Iranian people.

This has been most obvious recently during the ongoing anti-regime protests, which were met with violence and arbitrary arrests on the part of the Regime.

Now, at least 50 protesters have been gunned down in the street by the IRGC or their Basij militia, while over 8,000 are still detained in jail possibly facing the death penalty. Then, there are those who have died in suspicious circumstances in jail. These deaths – dressed up as suicides by the prison authorities – are likely the result of torture and/or denial of appropriate medical treatment.

Indeed, they do. The only way to see freedom and democracy in Iran is to support the Iranian people’s legitimate calls for regime change and work to hold the Regime accountable for their crimes.

Iran asks for apology on sanctions

AP: A Swedish man has been charged with breaking...