Iran: How New Developments in US Foreign Policy Will Affect the Nuclear Deal 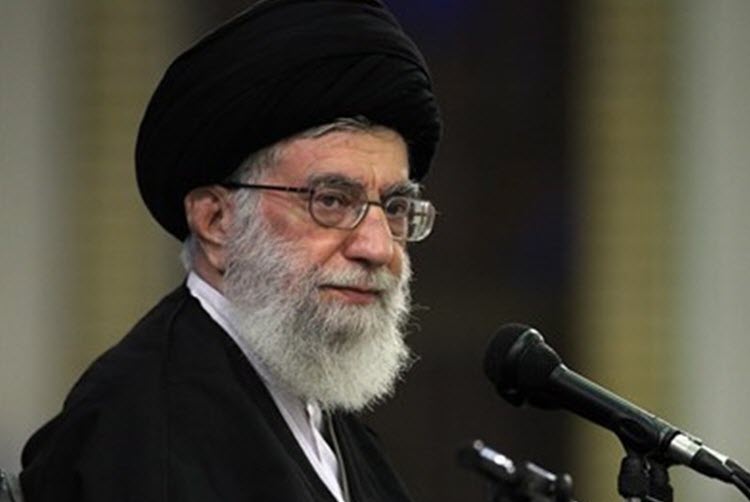 With the new developments in US foreign policy and the prospect of the country’s walking away from Iran nuclear deal getting more serious, the question that keeps popping up more than ever is what would be Iran’s approach and what options it would have at its disposal?

Before delving into possible solutions, it should be pointed out that despite Iran’s expectations, it’s now quite clear that the 2015 nuclear deal has actually made the situation more complicated for the Iran, giving rise to different viewpoints within the Iran to deal with the current crisis.

Some suggest sticking to Europe, arguing that Europeans’ interests and independent policies will push them towards standing against the United States.

Meanwhile, head of Iran Parliament’s National Security and Foreign Policy Commission ‘Alaeddin Boroujerdi’ says “we need to get closer to Russia and China.”

Still there are others who say “we could turn the threat into an opportunity. We’d better resume uranium enrichment activities and adopt a ‘resistance economy’ approach.”

The fact, however, is that none of the suggestions are practical or able to resolve any of Iran’s contradictions.

Since other suggested solutions actually serve more to please Iran’s worried forces and boost their morale, the most obvious point here is the degree of Iran’s fear and its concerns about the issue.

With some of Iran’s experts recommending a ‘Look East’ policy and getting closer to Russia and China – an approach also previously encouraged by Iran leader Ali Khamenei – the question is how practical or effective this solution could be?

If the ‘Look East’ approach was going to help and if Russia and China were willing to offer their unwavering support to Iran after benefiting from decades of political and economic relations, then the Iran would undoubtedly have adopted that policy from the very beginning, thus eliminating the need to sit down at the negotiating table and eventually sign the 2015 nuclear deal. Moreover, the ‘Look East’ policy was also the government’s dominant approach during Ahmadinejad’s presidency, but it failed to resolve much of Iran’s problems.

In a global economy where the United States is qualitatively different from others, the balance of power dictates that the others adjust themselves with US policies.

With the United States walking away from Iran nuclear deal and Trump’s refusal to extend suspension of sanctions, the severity of sanctions would more or less return to the same level as it was prior to the 2015 nuclear deal, in which case no big company –whether it’s European, Russian or Chinese– would dare to take the risk of trading with Iran while fearing of being heavily fined by the United States. So, Russia and China are not able to come to Iran’s rescue.

Likewise, foreign investors will be unwilling to invest in Iran since they believe that the country’s situation is not stable enough, not to mention that they’ll be incapable of dealing with new US sanctions under the present conditions as well.

The fact is that even now that the nuclear deal is still in place, no foreign company other than France’s Total – which has set special conditions to invest and operate in Iran– has been willing to take the risk of investing in Iran.
As for Iran’s missile program and regional interventions, we see that Europe and the United States are on the same side of the table. So, seeking to take advantage of the gap between Europe and the United States only suggests that the Iran is out of any imaginable solution.

Having said that, although Europe has its eyes on making huge profits out of its trade with Iran, but at the same time it aligns itself more with US policies than the Iran’s as the importance and benefits of having economic and financial relations with the United States for Europe is beyond compare.

But as the last option, it’s still possible that towards the end of Trump’s 120-day deadline, Iran decides to back down from its missile program and regional interventions, thus to gain Europe’s support and preserve the nuclear deal. Could this be considered as a solution?

Well, it’s clear that this means nothing but acceding to second and third JCPOA-like deals, meaning the Iran has to take missile program and regional poisoned chalices. But if that was regarded as a real option, then the Iran would have done that much sooner so as to avoid the current difficult situation.

But taking the new poisoned chalice would have such dangerous repercussions for the Iran that the fear of which has prevented the Iran from taking a step in that direction. If the Iran decides to back down, the first message it sends to Iranian people and the international community would be that the Iran is in a position of absolute weakness.

Likewise, the Iran was in a position of total weakness when it decided to take part in nuclear negotiations, but it could however gain some points out of its backing down and taking the poisoned chalice due to West’s appeasement policy at the time.

Considering the current balance of power reflected in recent international developments (particularly the recent changes in the White House) as well as domestic ones (nationwide protests asking for a Iran change), Iran’s backing down will not only fail to break its deadlock, but will even serve to push it deeper into a crisis that will lead to Iran’s inevitable collapse.

Iran: Why Is Trump Not Following His Firm Words up With Firm Action?

Reuters: An explosion at a prominent Shi'ite Muslim mosque...