How the Iranian Regime Discredits the MEK in Iran 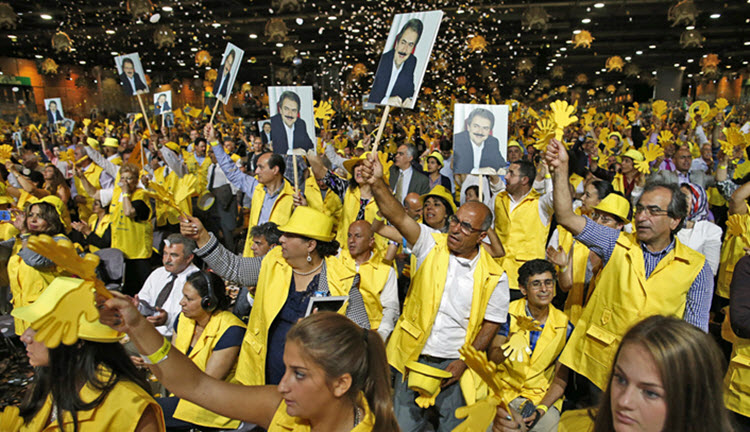 Previously, we’ve spoken about how the Iranian Regime attempts to discredit the People’s Mojahedin Organization of Iran (PMOI/MEK) outside of Iran through disinformation campaigns, using attack websites, disinformation agents, and the shadowy pro-Regime lobby.

Now, we’re going to speak about how the Iranian Regime attempts to discredit the MEK within Iran itself in order to get the Iranian public to turn their backs on the MEK and how that doesn’t work.

This indoctrination starts in the classroom, with children as young as seven forced to start their school day by demeaning the MEK (or as the Regime forces them to say “monafeghin”, meaning hypocrites), the US, and Israel, in the same way that children in other countries might say the Pledge of Allegiance or daily prayers.

The leaders of Friday prayers in Iran also use their speeches to lead the crowd in chants of “Death to the monafeghin (MEK)” and “Death to America”. This is just one example of the Iranian Regime bastardising Islam as a way to discredit the MEK.

Members of the Regime also use anti- MEK slogans to mark the end of their speeches, which are they repeated by the news media covering the speech.

Democracies are rightly horrified by the idea of the judicial system levying a punishment against someone because of their political beliefs, but this is what the Regime does to members and supporters of the MEK or anyone who “in any way is active or effective in advancing its cause”.

That second part is vague for a reason and allows the Regime to punish anyone they like for the smallest of things, like a printer who printed MEK leaflets or a schoolteacher who didn’t call for the MEK’s death.

The barbaric punishments, listed in Article 186 of the Islamic Punishment Act, include, but are not limited to:

• Amputation of the right hand and left foot

In addition, the Regime is also known to target the family members or friends of MEK members; in some cases imprisoning or murdering them in place of the MEK member.

Why does the Regime do this?

The Regime claims that they do this because the MEK is waging war on god, but really, it is because the Regime is scared of the MEK and of their popularity among the Iranian people.

The Regime banned the MEK in the 1980s because they could see how popular the MEK was and they feared getting overthrown by the organised, democratic resistance.

As you can imagine, these brutal punishments and the overarching anti-MEK discrimination make it hard to establish the true numbers of MEK supporters in Iran, but from the number of MEK leaflets and banners, the amount raised to fund the MEK’s tv station, and the number of people who are arrested for being a MEK member, we know that their support is huge and will only continue to grow until the mullahs are finally overthrown.

Iran’s educated sleeping on the streets