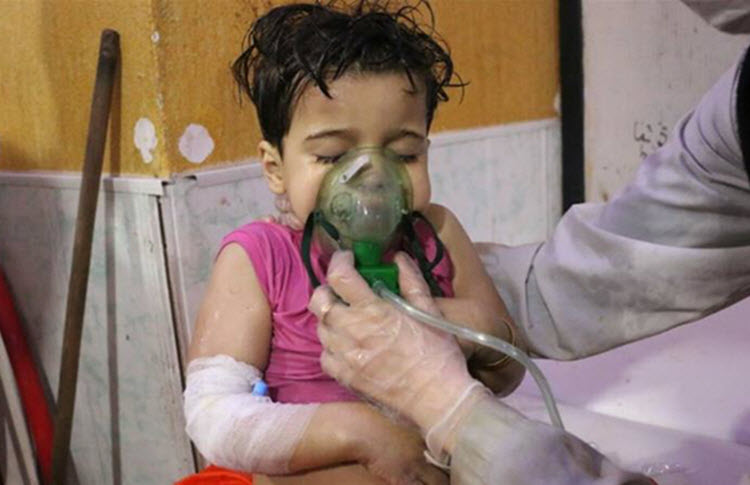 London, 11 Apr – The international community is understandably concerned about the chemical weapons attack in Douma by Syria, which left over 40 dead and thousands injured.

This violent attack on civilians – mainly women and children – by the Syria and its allies in Iran, was followed the next day by a missile strike on a Syrian airbase that killed 14, including a number of Iranian fighters.

It is unclear who launched the attack, but some people have blamed Israel, potentially backed by the US, which led to Russian President Vladimir Putin warning of ‘grave consequences’ if the US attacks the Syrian government forces and stationing Russian troops near the Homs airfield. This comes only shortly after Donald Trump promised a ‘forceful’ Western military response to the chemical weapons attack in Douma.

This means that the Syrian civil war could escalate from a civil war to regional one or even WW3.

Of course, it should be obvious to anyone reading this that there is a significant difference between attacking unarmed civilians – particularly children – as part of a campaign that has killed 1,700 civilians so far and an isolated strike on a military base.

Plus, there is the question of what Iranian troops were doing in the airbase. Iran has given two reasons for their involvement in Syria so far. They’re either defeating ISIS, who have already been crushed, or defending the shrines, which are hundreds of miles away.

The real reason is that Iran wants to keep Syrian President Bashar al-Assad in power for two reasons. First, they think that this will make Assad grateful enough to turn Syria into a vassal state as part of Iran’s Shiite Crescent across the Middle East.

Iran has placed literally thousands of troops into Syria (roughly 25,000), providing them with training and weaponry, to fight the Syrian people and keep Assad in power. But importantly, they have lost more than 10% of these fighters so far. Thus, it seems obvious that despite their bravado, their fight against the Syrian Resistance is failing.

Many fear that the Syrian conflict will only spiral into perpetual war, but if international sanctions were placed on Iran, it would decrease their funding for the conflict and allow the Iranian people to rise up and bring peace to the region.

US against any Israeli strike on Iran: defence minister

AFP: The United States is at present opposed to...

UAE says U.S. targeted only one bank over Iran

Reuters: The United States has targeted only one bank...