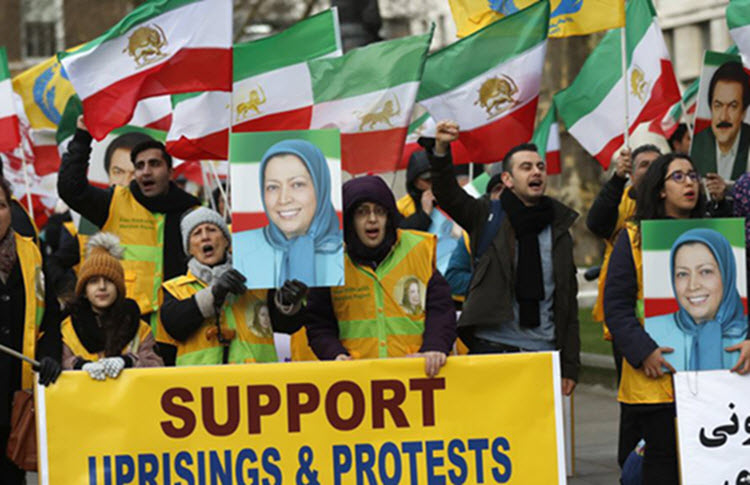 It is no secret that Iranian mullahs have frequently tried to demonise their legitimate opposition movement, the People’s Mojahedin Organization of Iran (PMOI/MEK), in the eyes of both the Iranian people and the international community.

Indeed, Iran is so scared of the power of the MEK, that they consistently use malign disinformation campaigns (using fake news and lying agents) to discredit the MEK’s legitimacy, use their suppressive security forces to arrest, torture, and murder MEK members, and even pursue MEK dissidents abroad to assassinate them on the streets of Europe.

A new and extensive report from Struan Stevenson, coordinator of the Campaign for Iran Change, explains how Iran has spent the past 40 years trying to destroy the MEK’s reputation and even eliminate the MEK as a whole.

The most egregious crimes of the mullahs against the MEK included getting the MEK wrongfully placed on terrorist watch lists in the West, banning the MEK as a political movement inside Iran, and massacring 30,000 MEK members and supporters during the summer of 1988.

While the entire report is worth reading, especially for background on the MEK, and information about how the mullahs’ disinformation campaign works, I’d like to zero in on the Iran’s attacks on the MEK at Camps Ashraf and Liberty in Iraq.

There were once around 3,000 MEK members living as unarmed refugees in Camp Ashraf, under the protection of occupying US military forces. Still, the MEK faced the threat of attack or eviction at any time.

Iran, who is widely known as the leading sponsor of terrorism, called the MEK terrorists, and those who swallowed that lie refused to stand up for the MEK, even when Iran launched rockets at them.

In January 2009, the US soldiers began to withdraw from Iraq, leaving the MEK defenceless against attacks from Iran or the Iraqi government, whom they had control of. The MEK was moved to Camp Liberty, which was ill-equipped to house 3,000 MEK members and only suitable for making the MEK targets for the ruling mullahs, by former UN Special Representative in Iraq, Martin Kobler.

Kobler lied to the UN frequently during this process, even telling them that the MEK residents were not being threatened by Iran or Iraq, but by the MEK leadership. This move, Stevenson writes, was designed to increased pressure on the MEK and force them back to Iran where the MEK members would face execution. This was even confirmed by Iran ’s ambassador in Iraq.

Of course, the MEK refused to return to Iran. The MEK was supposed to be protected under the Geneva Convention, why would the MEK return to a country that wanted them dead? This made Iran angry and they launched several rockets attacks on the MEK at Camp Liberty, killing dozens and wounding hundreds.

A particularly large attack in October 2015 destroyed part of the MEK’s camp and resulted in the MEK being moved to relative safety in Albania in 2016, as the result of an agreement between Maryam Rajavi, leader of the Iranian Resistance, including the MEK, the Albania government, and the US.

Yet still, the MEK are targeted by Iran. As the MEK were moved to Albania, Iranian mullahs deployed agents to spread disinformation about the MEK to Albanian politicians and those in the EU.

This means that the MEK will never be safe, so long as the mullahs are in power. Thus, the ruling system must be removed to save the MEK and the rest of the world.

Stevenson wrote: “Years of experience have shown that such acts of demonization and the spreading of deliberate misinformation against the [MEK] are almost always a prelude to attacks and assassination.”

Iran Joins UN Commission on the Status of Women

These days beside the news about the coronavirus, wars,...

DPA: Berlin on Thursday has called on the Iranian...