Iran Mullahs See MEK as Threat to Their Rule 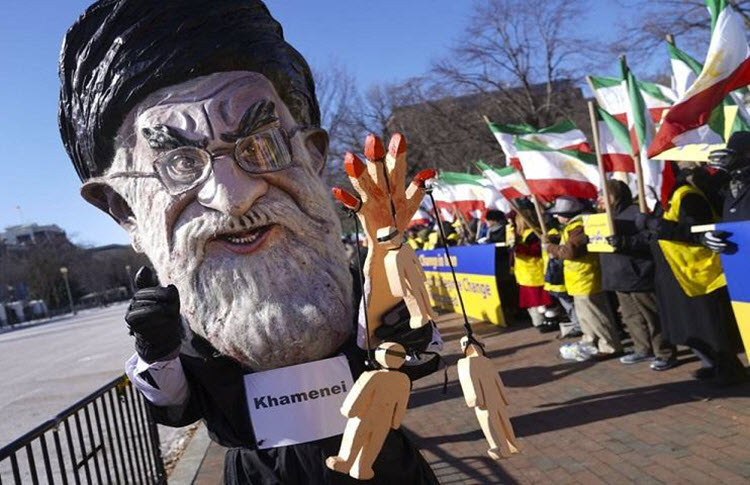 Calls for a major change in Iran are growing stronger by the day, as the Iranian uprising continues into its seventh month and the Iranian Resistance prepares for their Free Iran gathering in Paris on June 30.

But many in the international community worry that removing Iran from power without a solid opposition that can take over, will actually cause more problems. We’ve all seen the chaos that can emerge when a dictatorship is overthrown and there is no one to fill the void.

Luckily, there is a legitimate, organised, and popular opposition in Iran that is prepared to rule the country when the mullahs are overthrown until an election is held. That is the People’s Mojahedin Organization of Iran (PMOI/MEK).

Iran has constantly acknowledged, through both words and actions, that the MEK is the biggest threat to their dictatorship, because the MEK is a popular democratic group. Thus, Iran needed to discredit the MEK through any means necessary.

In the 1980s, former Supreme Leader Ruhollah Khomeini actually outlawed MEK affiliation in order to stop the Iranian people from joining the group. When that didn’t work, he slaughtered 30,000 MEK members in a brutal massacre of political prisoners in 1988. But that still didn’t stop the Iranian people from supporting the MEK, which is why Iran continues to malign and murder the MEK today.

Iran often says that the MEK is a fringe group with little support, but they spend tens of millions of dollars annually to attack the MEK. That doesn’t make sense. We can see from this that the MEK is powerful and Iran is scared. Iran should be scared because the MEK is going to liberate the Iranian people by overthrowing the mullahs.

The MEK’s support only grows as Iran tries to discredit them, so the mullahs should be very scared.

How does Iran try to discredit the MEK?

Iran uses a vast propaganda network, paid for by stealing from the Iranian people, to attack the MEK and the Resistance as a whole. Their tactics vary, but some of their most common are:

• Coercing/bribing MEK members to turn their backs on the group and the resistance, possibly threatening the lives of their loved ones

• Using undercover Ministry of Intelligence and Security (MOIS) agents to spread lies about the MEK to government officials, nongovernmental organisations, and the media

• Creating propaganda websites, tv channels, and documentaries to spread lies about the MEK

Some key examples of Iran discrediting the MEK:

In 1985, American officials asked Iran for help to free US hostages in Lebanon. The mullahs refused unless the US would publically denounce the MEK as a Marxist and terrorist group.

In 2003, the French government wanted to secure some lucrative business contracts with Iran. Iran asked them to raid the Paris offices of the National Council of Resistance of Iran (NCRI), a coalition of Iranian dissident groups with the MEK as the largest member, and arrest the leaders for “intent to prepare acts of terrorism”.

Iran ready for US talks if no conditions

AFP: Iran on Tuesday reaffirmed it was ready to...