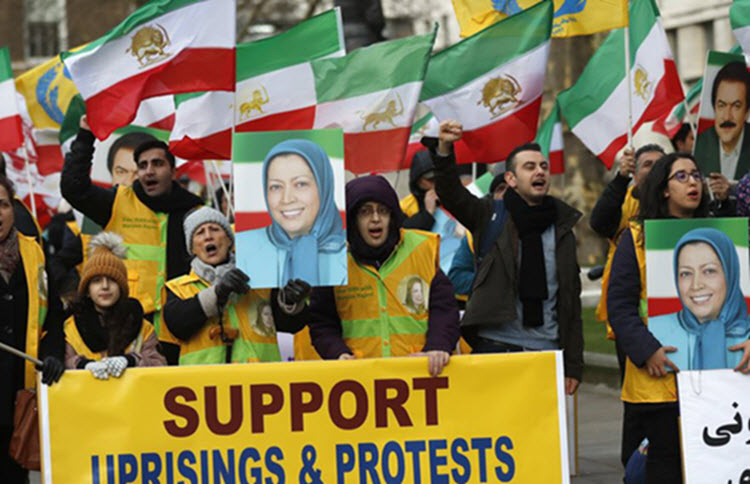 Iran’s Supreme Leader, Ali Khamenei, spoke out about the ongoing uprising in Iran last week and tried to pretend that the Iran was definitely not in a deadlock and did not need to negotiate with the West.

However, senior officials, including Iran’s Minister of Interior Affairs and officials in line with Iran’s President Rouhani, who spoke about the crises Iran was facing on national TV on August 15 undercut Khamenei’s statement and credited the Iranian Resistance with organising and helping to carry out the protests, even if they did use some unfortunate words to describe the Resistance.

Mohammad Atrianfar, a so-called reformist, admitted that the People’s Mojahedin Organization of Iran (PMOI/MEK) was involved in the previous dictator’s downfall, adding that they had “the most history, and [were] the oldest and largest organization with the intention of subversion”.

He told IRNA News Agency: “In these times of protests, the establishment should block the areas the subversives are taking advantage of and solve the dissatisfaction of the people and take steps for reform. If reforms are not made, undoubtedly subversive groups will take advantage of the people’s emotions.”

Gholam Ali Dehghan, a pro-Rouhani official, told Etemad newspaper: “The real example of subversives are the MEK… In reality they want to take advantage of the waves of dissatisfaction and organize their own movements. What is being neglected today in examining the moves of the subversives, is paying attention to inside the establishment and countering corrupt elements that have led to an increase in people’s dissatisfaction.”

While a state-run media outlet in Iran expressed concern that the MEK ruled cyberspace. The Tehran Press website reported that MEK culture is “widespread” in Iran.

All of this indicates that the Iranian dictators are terrified of an organized uprising by their people, with the MEK backing it.

The protests began in December 2017 over a failing economy and they have continued with support from the MEK ever since. The protests spiked in March, when Resistance Leader Maryam Rajavi called for a year of protests, in June, during the Free Iran gathering in Paris, and in August, when the first round of US sanctions was implemented against Iran.

It seems evident that the tide in Iran has changed and that there will be no going back.

At the same time as sanctions were reintroduced against Iran, US Secretary of State Mike Pompeo named senior policy advisor Brian Hook as Washington’s special envoy for Iran.

Solving the US-EU Debate on Iran

AP: Iran should not give Western nations the justification...