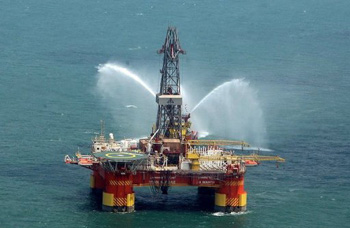 “The prices of oil in the market which stood between $70 to $80 … are nominal and not real … There is an oversupply in the oil market consequently some countries are stockpiling oil or its derivatives,” Mohammad Ali Khatibi told ISNA.

“If we compare the current prices with the prices a few years ago, the real prices will stand at a maximum of $50 a barrel.”

Oil prices have recovered from just above $30 a barrel in December 2008 and are trading above the $70-$80 range OPEC has said is acceptable for consumers and producers.

The Organization of the Petroleum Exporting Countries (OPEC) meets to review oil output policy in Vienna on Oct. 14.

The 12-member producer group has held its supply target steady since announcing a record output cut in December 2008.

Though official policy is unchanged, members’ compliance with output targets slid to as low as 50 percent this year from 80 percent in April 2009. In the last two months, compliance has risen slightly and reached 57 percent in September. (Reporting by Ramin Mostafavi, Writing by Parisa Hafezi; Editing by Ron Popeski)

Iran: Social Collapse or a Ticking Timebomb Waiting To Explode?

“The totalitarian attempt at global conquest and total domination...

BBC: Tens of millions of people are celebrating Nowruz,...