Standard Chartered talking to US sanctions investigators over past Iran dealings

Daily Telegraph: Standard Chartered has launched a review of its compliance with US sanctions, after revealing it is in discussions with American authorities about its “past business” with Iran.

Standard Chartered has launched a review of its compliance with US sanctions, after revealing it is in discussions with American authorities about its “past business” with Iran.

By Rowena Mason and Ben Harrington 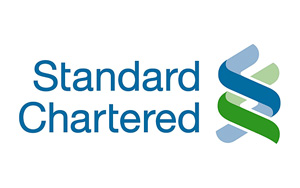 The company cut all ties with Iran in 2007 and did not disclose any discussions with the US authorities about its dealings with the pariah regime until this year.

It slipped a cautionary paragraph about meetings with US authorities into its annual report of March, and in its rights issue prospectus this October, the company stepped up its warning to shareholders.

“Several US agencies have investigated how a number of other financial institutions have processed US dollar payments potentially involving sanctioned parties,” the document said. “In light of that activity relating to other institutions, the group initiated discussions with US authorities to discuss its past business.

“These discussions are continuing and the group is conducting a review of its historical business and related activities relevant to US sanctions compliance, predominantly with respect to Iranian business. The group cannot predict when the review and these discussions will be completed or what the outcome will be.”

Standard Chartered refused to disclose when negotiations had begun, which agencies are involved and to which other countries the discussions relate.

It declined to comment further than its disclosure in the prospectus, except to deny that it had ever processed funds for or lent money to banned organisations. Several major banks have been fined by the US over their compliance with trading restrictions, after voluntarily going to the regulators to examine whether they had broken sanctions.

In August, American authorities fined Barclays nearly $300m (£192m) for breaking sanctions put in place against some of the world’s most brutal regimes.

Barclays reached a settlement with US prosecutors that allows the bank to close the lid on an investigation into its business dealings with individuals linked to Cuba, Iran, Libya, Myanmar and Sudan.

The investigation related to transactions worth $500m undertaken by Barclays between March 1995 and September 2006. These are alleged to have involved the bank removing details from payments to hide the identity of the countries of origin, according to documents filed with a Washington federal court.

Barclays disclosed information on the dealings to the authorities after top management became aware it might have broken sanctions. As well as co-operating with the US investigation, the bank ran an internal inquiry into transactions conducted between January 2000 and July 2007.

This saw more than 175 current and former Barclays employees interviewed and in excess of 100m records examined.

Lloyds TSB agreed to pay $350m to the US government in 2009 for helping customers to get around American sanctions on dealing with Libya, Sudan and Iran.

The US Department of Justice alleged that, in various incidents dating back to 1995, Lloyds falsified wire transfers involving countries or individuals placed on the US sanctions list.

In effect, the bank removed customer information so that transfers would pass undetected through sanction-focused filters at US banks, violating US federal law aimed at starving terrorists of money in certain countries.

Iran says it will cut imports of non-essential goods

Reuters: Iran said it would seek to cut imports...