Reuters: Indian refiner HPCL said it hopes crude deliveries from Iran will resume in September after a gap of a month, joining other state-run refiners expecting supplies after they started clearing debts racked up in a payments impasse. 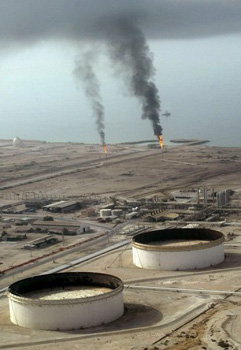 NEW DELHI, Aug 12 (Reuters) – Indian refiner HPCL said it hopes crude deliveries from Iran will resume in September after a gap of a month, joining other state-run refiners expecting supplies after they started clearing debts racked up in a payments impasse.

The company has not asked top exporter Saudi Arabia for any extra supplies for next month after it bought 1 million additional barrels in August, when Iran halted supplies to some refiners to pressure New Delhi to resolve the issue.

Hindustan Petroleum (HPCL) has already paid $150 million and hopes to pay off an outstanding $1.014 billion by next month, B. Mukherjee, its head of finance, told reporters on Friday.

He said HPCL expects to make a payment of $45 million on Tuesday.

India, Asia’s third-largest economy, and Iran have started payments through Turkey’s Halkbank after a previous mechanism was halted by the Reserve Bank of India under pressure from the United Sates, which wants to isolate Iran over its nuclear ambitions.

Iran said last week it had received 1 billion euros ($1.4 billion) towards the total debt of $4.8 billion for the crude shipments, which are normally 400,000 barrels per day (bpd) and make up 12 percent of India’s total energy demand.

HPCL and fellow refiners Essar and BPCL all took an additional 1 million barrels from top exporter Saudi Arabia in August.

HPCL Executive Director B.K. Namdeo said his company had not received crude shipments from Iran in August. HPCL buys up to 70,000 barrels per day (bpd) from Iran, equal to two cargoes a month.

Iran this month has supplied two oil cargoes to Mangalore Refinery and Petrochemicals , the biggest Indian customer of Iranian oil, sources said earlier in the month.

Saudi sources had said the kingdom was not actively trying to wrest market share from Tehran, which had opposed its push for higher output at the last OPEC meeting when prices were soaring.

Death fall of Iran nuclear expert may be murder

METRO: A British nuclear expert who plunged to...

Gates warns US adversaries not to test Obama