Reuters: Iran hopes oil deliveries to India will return to a normal level now a long-running payment problem has been resolved, the head of international affairs at the National Iranian Oil Co. said in an interview published on Sunday. 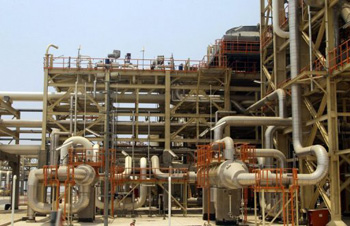 TEHRAN Aug 14 (Reuters) – Iran hopes oil deliveries to India will return to a normal level now a long-running payment problem has been resolved, the head of international affairs at the National Iranian Oil Co. said in an interview published on Sunday.

Talking to the semi-official Fars news agency, Mohsen Ghamsari, confirmed that all Indian customers had started to pay debts that had built up over the year and said if there had been a slowdown in supply in August due to the dispute, that was now over.

“If the Indian refiners keep their word and pay their debts, I am hopeful that we will reach that 400,000 barrels,” he said, referring to previous average daily exports to India.

Iran had denied it halted shipments to India, but refiners there said they did not get supply notices for the month. Ghamsari said: “Oil exports to India have not been halted. Of course it is possible that these exports have been reduced because we needed to organise our financial situation.”

Indian Finance Minister Pranab Mukherjee said on Friday India and Iran had resolved their problem over payments, which started at the end of last year when, under U.S. pressure, the Reserve Bank of India scrapped a long-standing regional clearing house mechanism.

The disruption to Iran’s oil sales with its second-biggest customer was one of the biggest single impacts of the U.S.-led drive to isolate Iran, which it accuses of seeking nuclear weapons, a charge Tehran denies.

Ghamsari confirmed that Iran had received at least 1 billion euros of the $5 billion debt. Iranian media quoted an Iranian central bank official on Saturday as saying 40 percent of the debt had been paid.

The new payment mechanism, which uses Turkey’s state-owned Halkbank to route payments to Iran, a potentially vulnerable point if Washington applied more pressure on Ankara to close the conduit.

“Treasury has not been consulted on this conduit and has therefore not offered a view,” U.S. Treasury Department spokeswoman Marti Adams said in a statement. She did not say whether the Treasury would issue a judgment on the arrangement. (Reporting by Ramin Mostafavi; Writing by Robin Pomeroy; Editing by Alex Richardson)

Reuters: In an effort to toughen a European draft...