BBC: The UK has imposed new sanctions against Iran which will cut off all financial ties with Iranian banks. 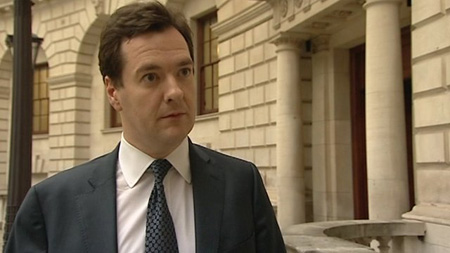 The UK has imposed new sanctions against Iran which will cut off all financial ties with Iranian banks.

It follows the International Atomic Energy Agency’s report on Iran and concerns about its nuclear programme.

From 15:00 GMT on Monday, UK credit and financial institutions were required to cease all transactions with banks including the Central Bank of Iran.

Chancellor George Osborne said there was evidence that Iran’s banks were funding its nuclear weapons programme.

This is the first time the UK has used powers created under the 2008 Counter-Terrorism Act to cut off a country’s banking sector in this way.

Canada has announced it is banning the export to Iran of all goods used in the petrochemical, oil and gas industries as part of a sanctions package.

The United States unveiled sanctions against the energy and petrochemical sectors, as US Secretary of State Hillary Clinton spoke of a “significant ratcheting-up of pressure” on Iran.

She said Iran’s oil and gas industry and its financial sector would also be targeted by the sanctions.

Speaking at a news conference at the State Department in Washington, she said the US expected “additional sanctions” by other countries in the days ahead.

Meanwhile, French President Nicolas Sarkozy has written to the leaders of the UK, US, Canada, Germany, Japan and the European Union calling on them to halt all oil purchases from Iran and freeze its central bank assets.

“We’re doing this because of international evidence that Iran’s banks are involved in the development of Iran’s weaponised military nuclear weapon programme.

“We’re doing this to improve the security not just of the whole world, but the national security of the United Kingdom.”

The Treasury said in a statement that Iran’s banks “play a crucial role in providing financial services to individuals and entities within Iran’s nuclear and ballistic missile programmes, as companies carrying out proliferation activities require banking services”.

“This measure will protect the UK financial sector from being unknowingly used by Iranian banks for proliferation-related transactions,” it added.

Iran insists its nuclear programme is purely civilian and for scientific research, but Western nations fear it is trying to build a nuclear weapon.

A report from the IAEA earlier this month said the organisation had “serious concerns regarding possible military dimensions to Iran’s nuclear programme”.

It said Iran had “carried out activities relevant to the development of a nuclear explosive device”.

The BBC’s Iran correspondent James Reynolds said that despite the IAEA report, Iran had not been referred to the United Nations Security Council for further sanctions because Russia and China were opposed to the move.

He said the sums of money involved were not yet clear, but being able to take part in the international financial system was clearly crucial for Iran, especially its petrochemical industry.

Foreign Secretary William Hague said the UK had “consistently made clear that until Iran engages meaningfully, it will find itself under increasing pressure from the international community”.

“The swift and decisive action today coordinated with key international partners is a strong signal of determination to intensify this pressure.”

New York Times - Editorial: What a surprise: in...