Iran: The Causes of Unprecedented Collapse of Iran’s Currency 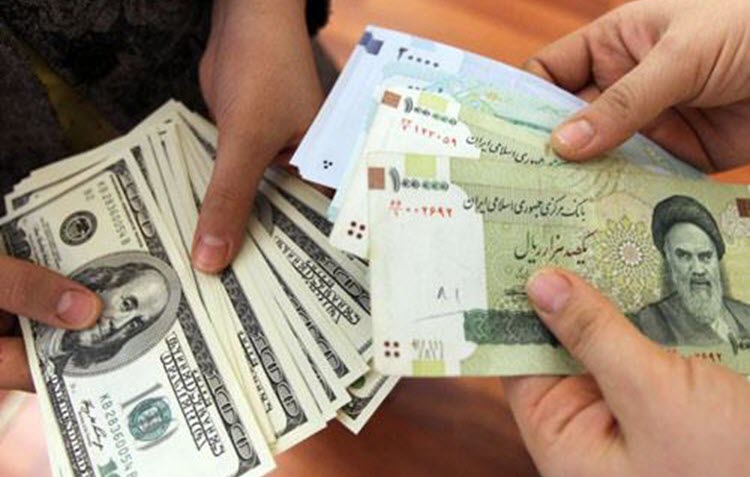 Tehran, 5 Dec – Fall in the value of Rial (Rs) in Tehran’s currency market has created many questions about its roots.

The dollar exchange rate in Tehran’s open market, which in recent months had fluctuated in the range of 3500 Rs, has rose over the past few days and reached the border of 4000 Rs since last month.

The Iranian regime first claimed that the high number of Karbala pilgrims participating in the (Ashura) religious ceremony was the reason for the rise in the dollar exchange rate. The regime then claimed the rise in the value of Emirates’ (UAE) currency “Dirham” caused the fall in the value of Rial because the value of this currency which plays an important role in Iran’s economic activities usually goes up during the last few weeks of the (Christian) Year and this situation affects other currencies in Tehran’s Bazaar (market).

However, according to experts, the rise of value of dollar in recent days was due to stronger factors most important of which are as follows:

• Rise in the value of dollar globally after U.S. elections.

– Financial markets following Donald Trump’s victory in the U.S. presidential election reacted positively and that boosted the dollar. Climbing dollar effectively brought its value closer to the level of euro.

– Tehran’s foreign exchange market was not immune from this change.

• Trump’s victory in United States had a negative impact on the value of the Rial because the nuclear deal – JCPOA – was placed in an aura of ambiguity.

– The regime in Iran had hoped to increase foreign investment and obtain higher incomes, but the hope was questioned.

Some sources also consider the $3.2 billion budget deficit of Rouhani’s government as one of the factors that increase the rate of the dollar. They say that Rouhani is using this increase to compensate for the deficit. If Rouhani’s government by injecting dollars into the market fails to prevent its ascent, the “spring of currency” will be released and the price goes up as leaps and Iran’s critical economy will be caught in more severe shakings.

AFP: A US judge formally ordered Iran, Al-Qaeda and...