Iran’s Reaction to the Renewal of U.S. Sanctions 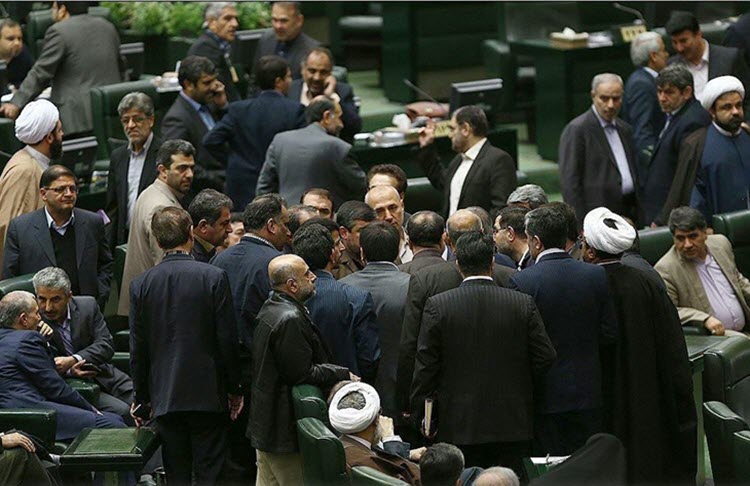 London, 6 Dec – The Iranian Parliament have threatened to resume their nuclear activities after the US Congress voted to renew sanctions against the Regime.

Akbar Ranjbar Zadeh, a member of the Regime’s Parliament, called the renewal of US sanctions against the regime a “breach of JCPOA and violation of international law”.

He said: “The land of our scientific and nuclear scientists has been violated now and a significant percentage of what we have gained is stripped away and they want to deprive us of all our nuclear achievements.”

Zadeh continued: “The one who has moved against international laws and violated them is the United States and its Congress. We condition the plan to quick start in our work in order to have comprehensive and integrated action regarding [the] resumption of nuclear activities and announce to the world continually by diplomacy and the media day and night that the Unites States was the starter of illegal action and we have no choice but to confront.”

The Iranian President, Hassan Rouhani, made a speech against the  sanctions extensions in the Parliament on December 4.

He said: “If the U.S. Senate’s approved bill, is implemented, it would be a gross violation of JCPOA which will be confronted with our firm response, we also consider signing the Senate bill by the U.S. President contrary to America’s commitments, they will face our appropriate reaction and at this week’s meeting of the Supervisory Board of JCPOA enforcement, we will adopt necessary decisions.”

The Iranian Regime potentially restarting their nuclear weapons programme is terrifying to imagine but we should not forget that Iran was the first party to violate the JCPOA by testing nuclear missiles, carrying too much heavy water, which could be used to create nuclear missiles and not allowing inspection of their nuclear sites.