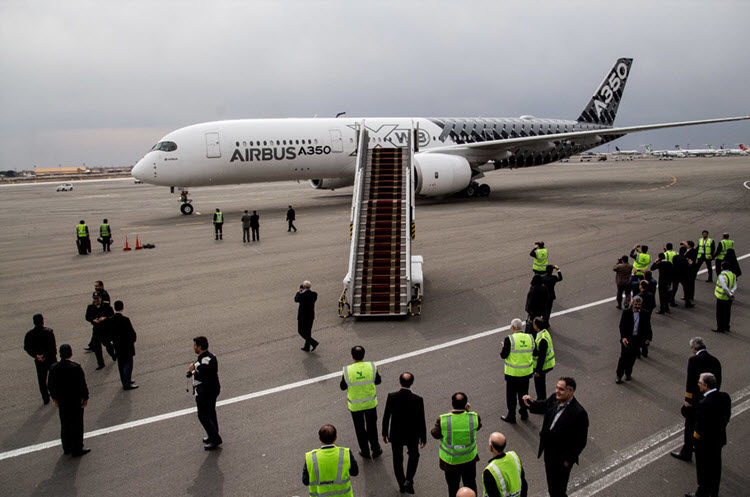 London, 18 Jan – A new bill has just been introduced to Congress which could effectively kill the deal between, Iran, Airbus and Boeing, and provide a test for the Trump Administration on the future of the Iranian nuclear deal.

The bill, introduced on Friday by Peter Roskam, a Republican member of the House, asks for the incoming Director of National Intelligence to launch an investigation into the Iranian airlines to find out if they are associated with the country’s Iranian Revolutionary Guard Corps or any other foreign terrorist organisations.

If they are found to be in support of a terror group, then that airline will be added to the U.S. sanctions list, preventing them from receiving U.S.-made aircraft or parts.

While this could not bring back the already delivered aircraft, it would prevent any additional U.S. parts being shipped over for repair. If a non-US aircraft maker shipped parts to Iran Air, then that manufacturer would be barred from doing business in the U.S.

Roskam said that there was no proof that Iran Air had stopped supporting the IRGC, and had been removed from the sanctions list for political reasons.

These jets would help to improve and rebuild Iran’s dilapidated commercial aircraft fleet, which has been flagging under decades of Western sanctions.

Iran’s second biggest airline, Mahan Air, is still on the U.S. sanctions list for supporting Iran’s military and is barred from buying Western planes and parts.

This is Roskam’s second time introducing such a bill; in 2016 it was passed by the House but not the Senate. This year, with Republican control of Congress, it is likely to pass both chambers.

Iran warns of crackdown on any opposition protest

AFP: Iran's police warned on Sunday of a crackdown...