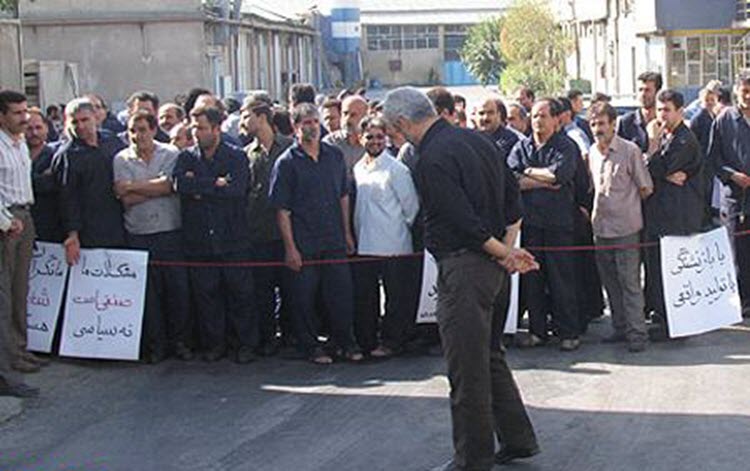 London, 11 Jun – According to reports on June 8, 2017, after licensing for change of land use of famous vegetable oil factory of Ghou (Swan) by the municipal government and the act of the board of directors of the company to sell its assets, the plant will shut off permanently after fifty years, and more than 200 workers who have not received their wages for 5 months will be unemployed.

The directors of the factory wrote: “The board of directors has no intention for manufacturing and reopening of the factory and is seeking to sell its assets. It also has obtained the license for change of use of its land from the municipality.”

In recent months, workers of the Ghou (Swan) vegetable oil have repeatedly protested the non-payment of their wages and factory closure. But the government, especially during the twelfth fake presidential elections in Iran, denied the closure of factory and called it rumors to influence the election.