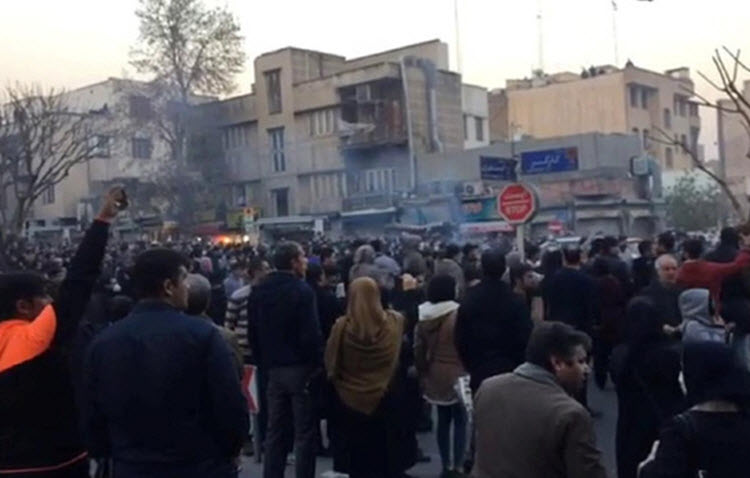 London, 16 Feb – In spite of ongoing nationwide protests against dramatically rising costs and falling living conditions, the Iranian Regime has still seen fit to raise the prices of water, electricity and gas in their budget for the New Year, which begins on March 21 according to the Persian calendar.

The decision to increase prices in line with Iran’s Sixth Development Plan, which states that water and electricity costs could rise by between 20% and 30 % a year, comes after a long debate in the Regime’s Parliament about how best to fill the budget deficit.

The Iranian House of Representatives voted in favour of this proposal from the Ministry of Energy on Wednesday, following its approval from the Council of Ministers.

Ali Asghar Yousef Nejad, a representative for the Iranian parliament’s budget committee, said: “In cases where decisions are made to increase the cost of water, electricity and gas for government companies in accordance with the laws and regulations, such projects are only proposed by an approved bill from the concerned ministry and with the agreement of the Council of Ministers.”

The Ministry of Energy had recommended this increase because of rising inflation, which was driving up their costs in running these services, as well as the budget deficit.

Rising inflation is a massive problem in Iran, with the Research Center of the Iranian Parliament predicting in its most recent report that the rate of inflation is expected to reach 15%, which will mean the continued depreciation of the riyal against other currencies.

The Iranian economy is now in its sixth year of recession, according to official statistics, so the Regime has also increased taxes in its next budget in an attempt to fix the budget deficit.

However, experts are warning that this will put pressure on the industrial and services sectors, as high taxes are a common problem for employers already, and will only make unemployment in Iran worse.

The Regime is effectively attempting to collect more taxes from the people who are already suffering heavily under the Iranian Regime’s austerity policy because of high prices and inflation.

This is just one more example of why the Iranian Regime must go in order to free the people of Iran.

AFP: The White House on Wednesday denounced the abduction...