Facts About the Grim Prospects of the Iranian Economy 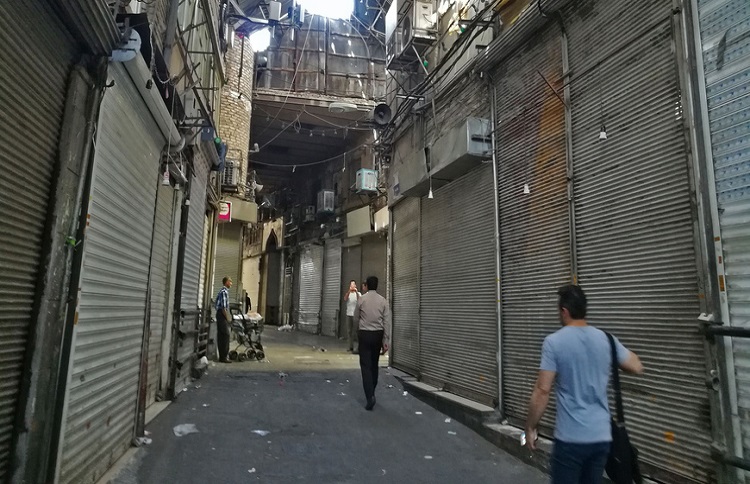 Iraq is considering a halt to its energy imports from Iran. Iraq’s main power plants depend on Iran’s natural gas, and Iraq imports electricity from Iran because Baghdad’s electricity production is insufficient for domestic supply.

An Iraqi bank chief said Iraq may face serious problems in meeting its energy needs because the United States does not want to extend the sanction relief for the Iraqi bank so that it can pay Iran to import electricity and natural gas from Iran.

A spokesman for the Iranian Petroleum Exporters’ Union pointed out that sanctions prevent Iran from withdrawing money and $5 billion of Iranian money is deposited in the Iraqi Central Bank, citing Iran’s gas and electricity exports to Iraq.

Following a sharp drop in Iranian gas exports to Iraq over the past few weeks, the Iraqi Ministry of Electricity announced it is seeking a replacement for Iranian gas.

Meanwhile, the Iraqi Ministry of Electricity told the Sabah newspaper that Iran would cut its gas exports to Iraq by three million cubic meters due to a shortage of gas. Iranian Oil Minister Bijan Namdar Zanganeh also recently said that the Islamic Republic is not able to receive export gas money from Iraq because of US sanctions.

So far, the United States has regularly reviewed purchases of natural gas and electricity from Iran for Iraq, even after the US lifted sanctions relief but continued the sanctions relief for Iraqi banks until January.

But exemptions for the Iraqi banks that pay for Iran’s gas and electricity in Iraqi dinars will expire in February. The Bank of Iraq (TBI) will certainly not pay for gas or electricity payments if the process ends, Faisal Al Haimus, Chairman & President of Trade Bank of Iraq said.

He said the bank must comply with all regulations, including US sanctions against Iran. Iraq’s energy sector may suffer serious damage in the recent US and Iranian tensions.

Trump warned to impose sanctions against Iraq earlier in January after the Iraqi parliament called on the Iraqi government to expel US troops from Iraq.

If the United States faces this threat, it will block Iraq’s access to a US-based account, where Iraq deposits its oil revenues, which make up 90% of Iraq’s budget. Local officials said that such a boycott could bring down the Iraqi economy.

According to economic analysts, the outlook for Iran’s economic situation has become very dark in recent weeks, due to a number of important factors, such as the November uprising, which erupted over two days.

Tensions with the United States have increased following the assassination of Qassem Suleimani and retaliatory missile attacks by Iran. Meanwhile, new US sanctions have increased, most notably sanctioning Iran’s petrochemical industry affiliated with the Revolutionary Guards.

More clashes are still possible and the impact on the economy will be greater. Meanwhile, crude oil production in December continued at a worrying rate for Iran. This indicates that the energy sector is still falling. In addition, inflation still impedes consumers’ purchasing power.

The economic index of 2020 shows a contraction in Iranian economic activity due to US sanctions. The escalation of conflict with the United States has created a significant downside risk to the outlook for the economy.

US sanctions in 2018 – especially sanctions in the energy, shipping and financial sectors in November – have dried up foreign investment and hit oil exports. These sanctions prohibit US companies from trading with Iran, and with foreign companies or countries dealing with Iran.

The fall in oil prices has also led to a significant drop in Iran’s foreign exchange earnings. The IMF estimated Iran’s hard currency reserves to be $106 billion as of the end of 2011, and some economists say that figure may have fallen to about $80 billion as of November 2012. Still, many analysts say that the rate must be even lower now, while the Iranian regime has much less in foreign exchange reserves.

The IMF estimated inflation at 30.5 percent in 2018 and announced that this number to be 35.7 percent in 2019. The World Bank has said that inflation in Iran has been high particularly in food, with meat products up to 116 percent more expensive than in April last year.

The state-run ISNA News Agency said the latest figures released by the Ministry of Industry, Mining and Commerce show that the highest price increases were for white sugar, veal, and lamb, which more than doubled in June 2019 compared to the price of these products in June the previous year.

Can a strong agreement be possible when there are doubts about nuclear program in Iran?

John Kerry, the US Secretary of State, and Javad...