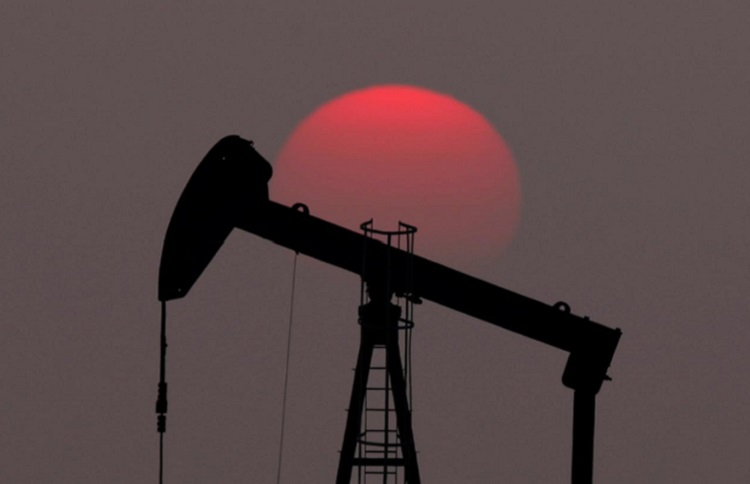 Iranian President Hassan Rouhani confirmed that the country’s oil exports dropped to 70,000 barrels per day in April, during a Coronavirus Task Force meeting on Saturday, saying that the government will have problems if it relies solely on oil revenues.

This is a shocking confirmation when you consider that the Iranian government’s latest budget, which was released in late March, predicted exporting one million barrels of oil per day (BPD) at $50 each to provide $18 billion over a year.

But the drop in exports as well as in price per barrel due to the coronavirus pandemic means that the best-case scenario sees Iran getting just $250 million this year.

So, what is Rouhani’s solution? To turn Iran into a manufacturing county, exporting goods to the rest of the world.

Of course, the problem with that is that domestic production has been suppressed over the years thanks to the government-linked institutions that smuggled in imports without paying tariffs.

So, when Rouhani talks about Iran being a nation of production, the only thing he could be talking about is food, which is an insane declaration during a time when many Iranians are finding it too hard to get enough food to eat.

Mullahs do not care about people, they only care about their own interests, which are better served by starving the people and exporting food to other countries. The starving people are then forced to spend their hard-earned money on overpriced food imported illegally by the Revolutionary Guards (IRGC).

This is terrible for the farmers and the Iranian people, especially the 80% of people who are under the poverty line.

The Iranian Resistance wrote: “While the minimum wage of workers is set at 18 million rials, and this, according to the regime’s own sources, covers only a quarter of the living needs of workers, the regime is constantly to steal what little income labor-class families have. This criminal act is done through the natural and deliberate increase in currency prices. In recent months, the dollar rate has risen from 120,000-130,000 rials to more than 175,000 rials, which has resulted in a sharp decrease in the purchasing power of the people. Some of the regime’s economic experts revealed that to cover its budget deficit, the Rouhani government is entertaining thoughts of raising the price of the US dollar to 250,000 rials.”

As the regime increases pressure, political and economic experts question how long the Iranian society will tolerate it before an uprising unseats the mullahs.