A Package Full of Misery for the Iranian Economy 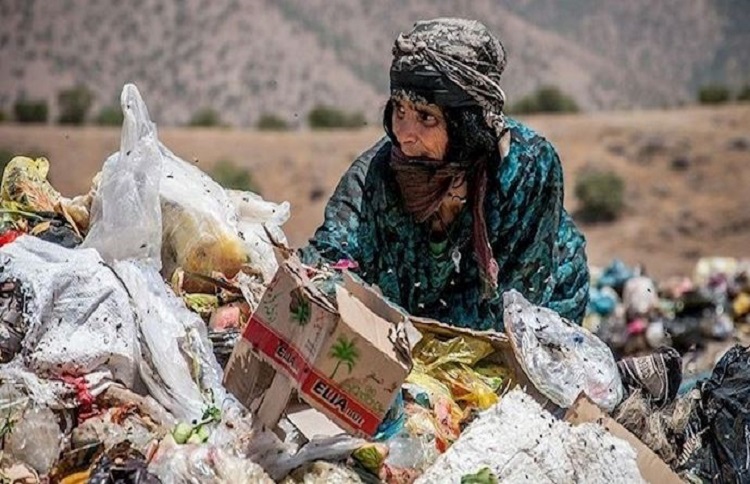 The Center for the Research of Iran’s Parliament has recently presented a horrific picture of the state of the broken economy under the clerical rule. The result is an increase in inequality and class divisions.

The constant budget deficit and the inefficiency of the economic decision-making system are two factors that are very prominent in the report of the Research Center of parliament.

In this report is acknowledged the fact that “In recent years, government policies have prevented the economy from moving forward” so that “the country’s per capita income has declined by 34% from 2011 to 2019, and household purchasing power has fallen by a third, increasing the rich and poor gap, as well as the social gap.”

For the first time in the contemporary history of Iran, a large part of the population in all the cities has moved below the poverty line due to the terrible economic crises. Poverty has risen sharply among those who have been poor so far.

The economic situation is such that a government expert admits, “The GDP is less than the actual price in 1976. In simpler terms, the average annual growth in the 80th decade was negative due to the war and in 2010 onward, due to sanctions is zero. While over the years, the population has grown. Therefore, the standard of living has decreased.

According to a government economic expert, Jahan Sanat daily called Rouhani’s government’s economic plans in various sectors “a miserable package for the Iranian economy” and added that “Iran’s economy” is “at the end of the Valley of Death.” (Jahan Sanat, 8 June)

The result of the Death Valley, to which the government expert refers, is that the middle class and the underprivileged become more and more entangled in poverty and misery.

Poverty is so widespread among the people that Arman daily with the title, “The middle class is falling apart,” quoting Gholam-Hossein Shafei, head of the Chamber of Commerce wrote: “Gini coefficient has been on the rise since 2013, which means a significant increase in inequality and social divide. Despite rising nominal household incomes, it seems that according to these statistics, despite the increase in purchasing power, the country’s middle class is disintegrating.” (Arman daily, 9 June)

The increase in inequality and social divisions and the disintegration of the middle class and the departure of the people below the poverty line is the other side of the coin of the looting and corruption by government officials and allies of supreme leader Ali Khamenei.

The result is looting of people’s wealth and an unprecedented increase in class divisions, according to Ali Yar Mohammadi, a member of parliament from Zahedan, is that 74.5 percent of the people of Sistan and Baluchistan province are under food security line, and 300,000 of them use unsanitary drinking water which is one of the reasons for the increase in the prevalence of coronavirus in this province. (Radio Farhang, 17 May 2020)

In other provinces of the country, poverty is rampant, and in fact, many people are not living but struggling to survive. When, according to a government element, most of the country’s medical community lives below the poverty line, the fight of the majority of people to survive is inevitable. (ILNA, 1 February 2019)

In connection with the food poverty that awaits all people, the Mostaghel daily wrote on 29 April 2020: “The tragedy of malnutrition continues to raise concerns in the community. More than 13 million workers’ families, employed, retired, and unemployed will have their food baskets devoid of protein, supplements, and hydrocarbons. Even the production of agricultural products which is more than 130 million tons while put pressure on water, soil and environmental resources, and the plundering of future resources, which is the pride of self-sufficiency, cannot stop malnutrition.”

The prevalence of malnutrition and food poverty among the people is in a situation where many of them do not even have just bread on the table, and their views are accompanied by expressing the pain of suffering and poverty imposed on them by Iran’s corrupt authorities.

New York Times: An influential hard-line newspaper has made...