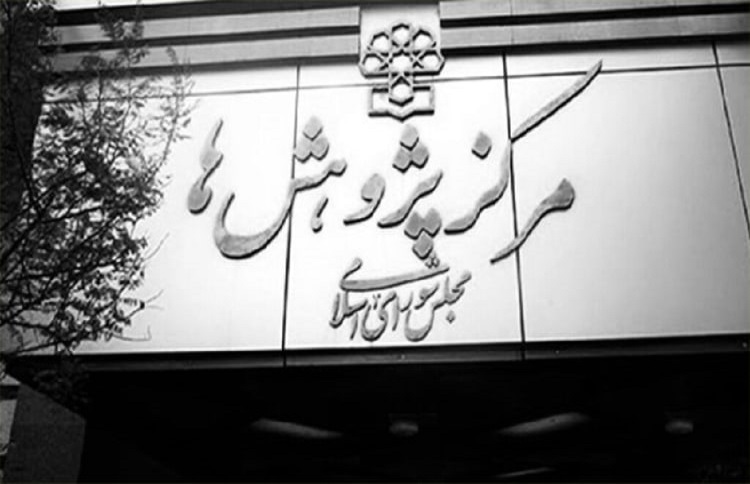 The Research Center of Iran’s Majlis (Parliament) published a report entitled “A picture of the country’s economic situation: Challenges and Strategies” examining the economy of Iran.

The report of the Parliamentary Research Center on the state of Iran’s economy, under the clerical rule, was published while the new parliament has started its work for less than 10 days.

Even though dissidents suspect the statistics are engineered by the authorities, they show the regime’s bad economic situation.

According to this report, while the planned economic growth of 8 percent was the target of the fifth and sixth development plans, “the country’s average economic growth from 2012 to 2019 was close to zero.”

Accumulation of negative capital from 2012 onwards

The report also adds that “the formation of fixed capital has always had a downward trend since 2011. … The accumulation of capital in the oil and gas sector, industry, mining, construction, and communications has been negative since 2012.”

The long-term inflation rate of the country’s 20% economy

60% of the working population are without insurance

The report on employment between 2015 and 2019 adds, “About 3 million people have been added to the country’s working population, not by the public and corporate sectors and factories, but by the non-corporate sector and focusing on services such as retail and wholesale, repairs, transportation, intermediation, food services, etc., which are created and their employees are not covered by insurance.”

“On average, nearly 60 percent of employees are not covered by insurance,” says the Majlis Research Center.

34% decrease in per capita income

Although the statistics of this section of the report of the Research Center are questionable, even going by what it says, “If an economic growth of 8 percent is achieved from 2020 onwards, it will take at least six years to return to the income level of 2011.”

Increasing class and social gaps due to high inflation

According to the report, “The upward trend of the Gini coefficient and the ratio of 10 percent of the richest to the poorest 10 percent of the population since 2013 has shown a significant increase in inequality and social gaps as a result of negative economic growth and high economic inflation over the years.”

The report on the rapid increase in absolute poverty in recent years in the “Absolute Poverty” section adds, “High inflation rates in recent years have led to significant growth in the poverty line in Tehran and other parts of the country. … This, along with a significant reduction in per capita income, has led to an increase in the poverty rate over the years, and the available evidence shows that the process is changing in 2019 and 2020.”

A deficit of 1,025 trillion tomans of the government and state-owned companies

The report by the Research Center is thought to be based on Iran’s supreme leader Ali Khamenei’s arbitrariness over the Rouhani government’s performance.

All over in the report, a comparison with the time period before Rouhani took office suggests to the reader that Rouhani’s government is ineffective, and in 2021 it is time for the desired government by Khamenei, in the hope to solve all the regime’s challenges.

But the regime cannot turn back the clock, because of its 40 years of deceit, which has continued under all the governments coming over these years.

Three years on, US presses Iran to help find ex-agent

AFP: The US State Department on Tuesday reiterated its...