Selling Off Iran to Preserve the Regime 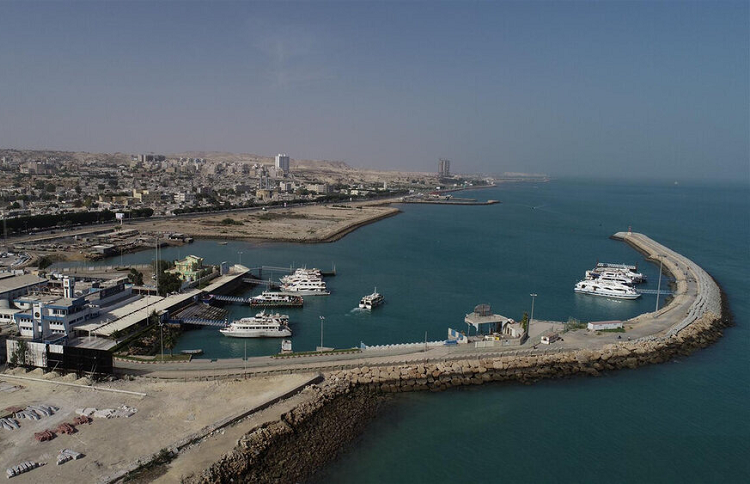 The issue also raised rage amongst the Iranian people over the surrender of Iranian islands, such as Kish and Qeshm, to a foreign state.

In this context, the ayatollahs decided to cap the people’s anger by contradictory remarks. It is worth noting that the Islamic Republic has a lengthy history in implying this technique to silence opposition voices and normalize the situation.

Agreement of Both Factions on Selling-Off Iran’s Territory

In such circumstances, Iranian authorities have been cornered both inside the country and abroad. They face growing protests across the country. There is no passing day in Iran without protest by different parts of the society, such as workers, nurses, retirees, municipality workers, creditors, etc.

The ayatollahs’ aggressive and adventurous policies also led the international community to isolate Tehran. Furthermore, contrary to officials’ previous claims about their regional allies, now even the Iraqi government has reconsidered its relationship with its western neighbor and takes steps in line with the U.S. maximum pressures campaign.

The mentioned developments and the government’s dire economic conditions due to drying the massive oil incomes and dramatic drop in the oil price in recent months have pushed the ayatollahs to engage in an unprecedented deal with China to preserve their regime in power. The agreement is written based on Chinese interests and Iran will not be the winner.

Despite public infighting, there is no real opposition among the regime’s ranks and files. In this respect, Ali Majedi, former Iranian ambassador in Japan and Germany, tried to justify this treacherous deal. He counted for “three basic components,” including “military power, economic power, and political influence” as the main factors for extending the Islamic Republic’s survival.

“Relentless efforts by the Revolutionary Guard (IRGC), the army, and Russia’s assistance have compensated the country’s military and defensive power shortages. Also, Iran’s political influence in several regional countries is undeniable; however, it should be acknowledged that this influence was costly,” the Eghtesad-e Bazar news agency quoted Majedi as saying on July 23.

Of course, Majedi refused to explain the “costly influence” and exposing the amount, how, and when it was paid. Earlier, in his interview with the Etemad Online website, Heshmatollah Falahatpisheh, former chairman of the Parliament Security and Foreign Affairs Commission, admitted that the Iranian government had spent billions of dollars on propping up the Bashar al-Assad regime in Syria.

“When I went to Syria, some complained to me that ‘I had caused expenses,’ but I will repeat this: We may have given $20-30 billion to Syria. We should take this money back. The wealth of these people was sent there,” Etemad Online published on May 20.

Economic Power with Offering the Country’s Resources to China

Majedi also highlighted the “dramatic decrease in economic power” due to U.S. sanctions. He issued warning that given the country’s weak economy, the power component is declining on the regional and international stages. He concluded that China is the main route for restoring “economic power.”

Therefore, Iranian authorities view economic growth and prosperity in being dependent and selling national resources instead of relying on the country’s potentials. Moreover, the supreme leader Ali Khamenei practically retracted his previous slogan of “resistance economy” by approving the deal.

On July 25, the Setareh Sobh daily revealed that the Guardian Council, a body directly controlled by Khamenei, has agreed with the deal. The daily also reckoned that the regime’s “orient approach” motto not only did not neutralize sanctions’ effectiveness and the West’s danger, particularly the U.S., but the situation is even more dangerous and crucial than ever before.

“Principalists agree with the deal, and surprisingly, Guardian Council spokesperson [Abbas Ali Kadkhodaei] had already announced, ‘The Guardian Council will approve the 25-year deal if the Parliament [Majlis] passes it,’” Setareh Sobh wrote on the same day.

On the other hand, Iranian authorities neglect what Chinese trawlers are doing in Iran’s southern waters. According to Jahan-e Sanat daily, Chinese trawlers and ships are destroying the bottom of the Gulf of Oman and the Persian Gulf. They have eliminated habitats of aquatic creatures like fishes, corals, and turtles.

“The deal has also banned many Iranian fishers from their insignificant businesses and damaged Iran’s fishing industry… These foreign ships work with impunity, and relevant organizations such as the Fisheries Organization have been tasked to issue necessary permits for commuting in Iranian ports and islands,” Jahan-e Sanat wrote on July 25.

In conclusion, the ayatollahs have intended to sacrifice the country and its considerable resources to lengthen their rule. In fact, they are counting on China to defuse international pressures, thus enabling them to focus on suppressing domestic turmoil and nationwide protests. However, evidence shows that such treacherous deals incite the people for more uprisings and further diminish the ayatollahs’ legitimacy even among their loyalists.

The Margins of the 25-Year Iran-China Contract

The Guardian: The government has been ordered to remove...