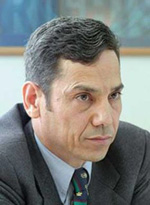 “One of my husband’s lawyers was told that my husband was sentenced to 18 years in jail in Borazjan (south Iran) and was also banned from practising law for 20 years,” Soltani’s wife, Masoumeh Dehqan, told the reformist opposition website Rahebsabz.net.

She did not say when the sentence was issued or on what charges he was found guilty.

Soltani, a co-founder of the Defenders of Human Rights Centre along with Nobel Peace prize winner Shirin Ebadi and others, was arrested in early September, spurring condemnation by Amnesty International and the European Union.

He is also known for defending the minority religious group of Bahais in Iran, who are not recognised by the authorities.

Amnesty has called for the immediate release of Soltani, who also spent several months behind bars between 2005 and 2009.

According to the rights watchdog, a revolutionary court in Tehran accused Soltani of “spreading propaganda against the system”, and of “setting up an illegal opposition group.”

He is also accused of “gathering and colluding with intent to harm national security,” according to Amnesty.

It said Soltani was also accused of accepting an illegal prize — a reference to a prestigious human rights award he was awarded in 2009 in Germany.

But his wife said Soltani has denied all the allegations and would appeal the sentence.

A dozen lawyers defending human rights cases and opposition members are currently imprisoned in Iran, according to Amnesty International, which describes them as prisoners of conscience.