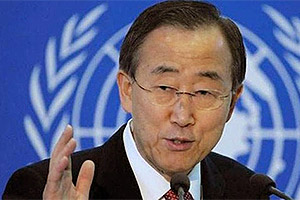 New York, 20 Oct – The United Nations Secretary-General Ban Ki-moon said he was “deeply saddened” by the news of the execution of two juvenile offenders last week in Iran.

“The International Covenant on Civil and Political Rights and the Convention on the Rights of the Child — both ratified by Iran — prohibits the imposition of the death penalty for crimes committed by persons below eighteen years of age”, said a statement by Ban’s press office.

“The Secretary-General is concerned that these two executions reflect a worrying trend in Iran. Over 700 executions are reported to have taken place so far this year, including at least 40 public, marking the highest total recorded in the past 12 years”.

“The majority of executions were imposed for drug-related offences — crimes that do not meet the threshold of the “most serious crimes” as required by international law”.

Reuters: The United States and its chief ally Britain...