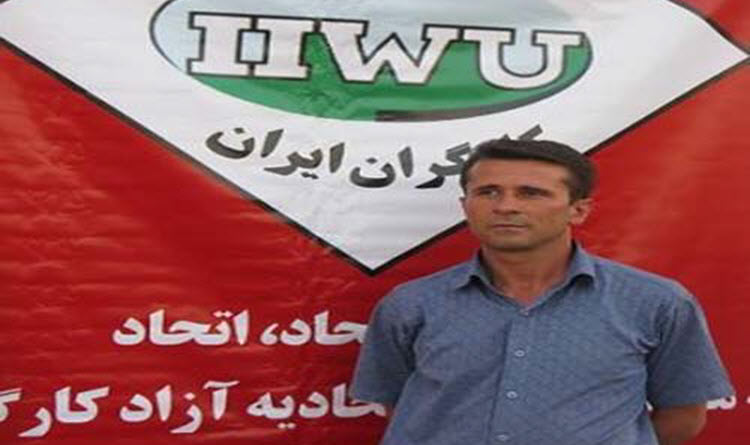 Tehran, 24 May – The health of an Iranian political prisoner on indefinite hunger strike is in grave danger.

Jafar Azimzadeh, imprisoned at the notorious Evin Prison in Tehran, is on Day 26 of his hunger strike protesting Tehran’s crackdown on union activity.

On Saturday, he was taken to hospital complaining of kidney pain but refused to have liquid serum administered and was transferred back to the prison, still in pain.

His wife reports that in addition to his kidney problems, Mr. Azimzadeh has lost a considerable of weight, his blood pressure has dropped and he is having vision problems.

The Tehran bus drivers’ union, the Syndicate of Workers of Tehran and Suburbs Bus Company (Sherkat-e Vahed) called for Mr. Azimzadeh’s release from prison and warned the public that his health had been greatly affected by his strike.

Mr. Azimzadeh, a workers’ rights activist, is being heavily pressured by the regime to end his strike. As previously reported on Stop Fundamentalism, Tehran’s prosecutor’s office demanded that he stop the hunger strike after he was unable to walk from his cell on Ward 8 to the visitor’s hall to see his wife, on May 17.

They even offered him the chance to take long-term leave from prison, not out of concern for his health but because they are scared of him becoming a ‘martyr’.

Mr. Azimzadeh replied to their offer: “I did not go on hunger strike in order to be permitted to have prison leave. In the letter that I had written prior to beginning my hunger strike, I set out my demands clearly, and I expect them to be fulfilled. The first step to fulfilling these demands is to halt the implementation of the [current] verdicts and reevaluate our file rejecting the accusation of acting against national security. I will, therefore, continue with my indefinite hunger strike”.

He was arrested last November following peaceful and lawful trade union demonstrations; he is now serving a six-year sentence. He began his protest after being refused the right to properly defend himself in court, while a show court in Saveh, south-west of Tehran, considers his case.

AFP: Iran is currently holding up to 24 students...